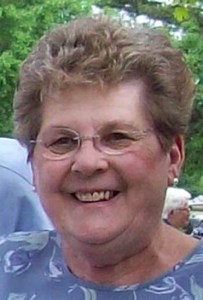 Barbara Jenkins Bowen, 82, passed away peacefully at her home in Burkeville on Oct. 9. She was preceded in death by her husband, Robert E. Bowen Sr.; her parents, Robert and Sarah Jenkins; her sister, Sandra Leigh Jenkins and her brother, Robert Wade Jenkins Jr.

Barbara had a strong work ethic from being raised on a farm, and became a successful businesswoman while balancing career and family. She worked for Gerson and Gerson for 56 years including her employment at Crewe Garment Factory, and enjoyed spending time with her family, especially her grandchildren and great-grandchildren. Barbara also enjoyed taking vacations with the entire family to her favorite place, Emerald Isle, North Carolina and claimed she loved spending her children’s inheritance on her grandchildren.

The family will receive friends at her home on Friday, Oct. 14, at noon, with a memorial service to follow on the family farm. Interment will be at Sunset Cemetery in Burkeville following the service.

In lieu of flowers, please consider a donation to the Burkeville First Responders, Sharon Baptist Church, or the National Multiple Sclerosis Society in memory of her sister, Sandra Jenkins.

A special thank you to the many caregivers who have supported Barbara and the family.