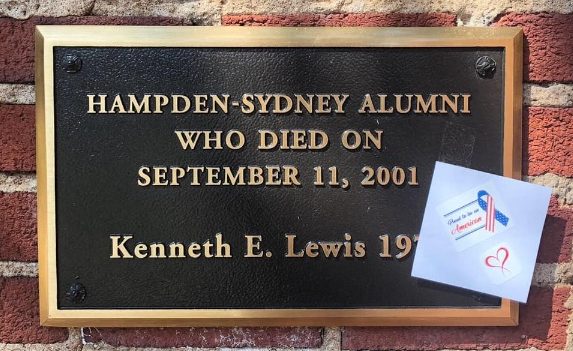 Driving through the Hampden-Sydney College campus, folks can see a memorial built to honor alumni who gave their lives for their country. Many on the list were soldiers, sailors and pilots. However, one was a flight attendant on what was assumed to be a normal September morning.

Kenneth Lewis graduated from Hampden-Sydney in 1974. He worked with his wife, Jennifer, as a flight attendant for American Airlines. They were both working on Flight 77 on Sept. 11, 2001, when the plane was hijacked and struck the western side of the Pentagon.

Lewis and his wife loved traveling together on their flights and would use their seniority at American Airlines to arrange joint assignments to travel together, according to the 9/11 Pentagon Memorial. Their favorite place to visit was Los Angeles where they would not only visit the sights but drive to Yosemite on long layovers or go bicycle riding on the beach. The couple had similar plans as their flight was scheduled to fly from Dulles International Airport near Washington, D.C., to Los Angeles International Airport.

According to Britannica, the crash at the Pentagon killed 125 workers in the building along with the 64 passengers, crewmembers and hijackers on the plane. The plane struck the building at 9:37 a.m. hitting between the first and second floors and smashing through three of the five concentric rings that make up the Pentagon.

“With the college having opened its doors late in 1775, Hampden-Sydney’s history is very much intertwined with that of the United States, and Memorial Gate is an enduring tribute to those who have made the ultimate sacrifice in service to this nation,” said Gordon Neal, director of communications and marketing “As we reflect on the 21st anniversary of September 11, 2001, we honor the memory of Kenneth Lewis, his wife Jennifer, and the nearly 3,000 others who lost their lives on that tragic day.”

The Memorial Gate at Hampden-Sydney College, located at the intersection of College Road and Atkins Avenue, was initially built in 1921 to remember the alumni that gave their lives during World War 1. The gate was dedicated at the 1921 commencement with an officer of the British Embassy who came to present a rose-bush from Queen Mary. Names of Hampden-Sydney alumni killed in action are recorded on the College’s Memorial Gate as a memorial to those who offered and who gave their lives to their country.

As time has passed, plaques have been added to the gate to remember those lost in the Revolutionary War, the War of 1812, the American Civil War, the Spanish-American War, World War II, the Korean War, the Vietnam Conflict and 9/11. 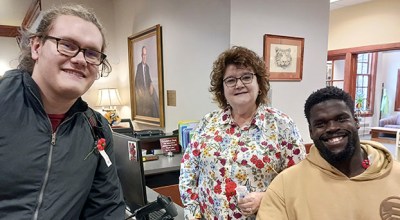 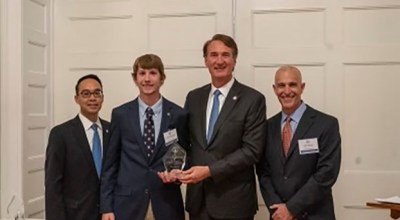