What happened to the Barbara Johns statue? 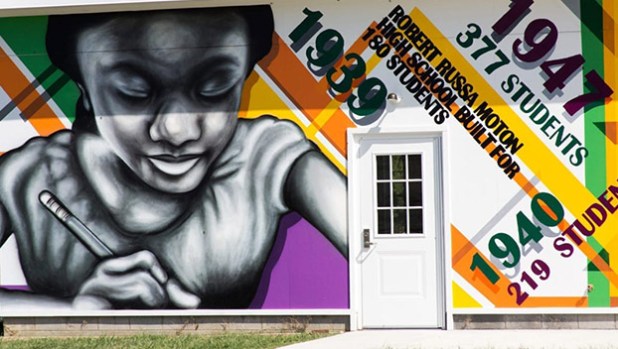 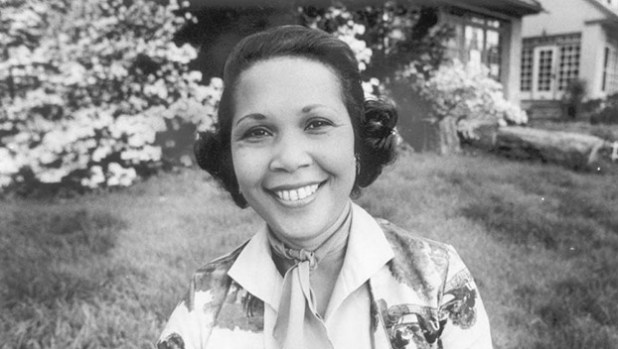 FARMVILLE – Work is moving forward to honor Barbara Johns in the U.S. Capitol. In December 2020, The Commission for Historical Statues in the United States Capitol voted to replace a statue of Robert E. Lee with one of the Farmville civil rights leader. But that effort stalled, due to the pandemic and related challenges. Now, almost two years later, the project is starting back up.

“COVID slowed the work of the commission down, but the process is moving along,” said Dr. Colita Fairfax, a commission member and Honors College Senior Facility Fellow at Norfolk State University. “I indeed expect her statue to be unveiled next year in Statuary Hall.”

It took several years to get to this point. Johns was chosen from a group of five finalists, to be represented in the U.S. Capitol.

“The Commission held several forums, hearing suggestions from the public all over the Commonwealth,” Fairfax said. “We listened to a plethora of opinions and suggestions for the replacement. It was a heartbreaking task to make a decision, as there are outstanding Virginians in the annals of history. Ms. John’s story was compelling; (she) was a child who initiated a protest, which was foundational in a court case that was a part of a historic ruling, moved the Commission to consider her as a historic figure.”

The historic ruling Fairfax refers to is the Supreme Court case Brown v. Board of Education, which found that racial segregation in schools is unconstitutional.

“Millions of people visit Statuary Hall each year. When Ms. Johns’ statue is erected there, she will be the only child statue” said Fairfax. “Her story exemplifies the power of protest and resistance which will be embodied in her statue. Her narrative is not one where she is alone. Her narrative represents the struggle, the movement, the culture.”

In July of this year, the commission put out a request for proposals (RFP). That means they asked artists from across the country to submit their concept, detailing both what they envisioned the statue looking like and how much the cost would be. Up next, the group will collect these submissions and choose one to move forward with. Work would then begin either later this year or in early 2023.

Who is Barbara Johns?

Johns was a 16-year-old high school student who attended Robert Russa Moton High School, which was the first free-standing segregated high school for African-American students in Prince Edward County. Originally built in 1939, its max capacity was to hold exactly 180 students, but had over 477. As such, there was overcrowding in the classrooms, along with subpar conditions and hand-me-down education materials.

“Barbara eventually decided to do something about it,” said Cainin Townsend, the managing director of what is now the Robert Russa Moton Museum. “On April 23, 1951, after months of deliberation and meditation, she decided to lead a strike. This was before Rosa Parks and the Montgomery Bus Boycott. While Martin Luther King. Jr. was still in a college classroom, she decided to lead a nonviolent protest for equal education on behalf of her classmates.”

The first court case gets filed

That protest eventually led to a court case being filed. That case was led by Oliver Hill and Spottswood Robinson, who were attorneys in the Richmond branch of the National Association for the Advancement of Colored People (NAACP). However, the attorneys took some convincing to take the job.

“When the students were on strike, Rev. Francis Griffin got Barbara Johns and one of her classmates, Carrie Stokes, in contact with those attorneys. They wrote a letter, pleading with them to take their case,” Townsend said. “The attorneys were not interested in Prince Edward County. They were actually trying to take a case out in Pulaski, west of here. But they needed to drive through Farmville to get to Pulaski anyway, so they were convinced to stop and hear “the students) out.”

One thousand people packed Farmville’s First Baptist Church for that meeting, which happened on May 3, 1951. Through the persuasion of Johns and Rev. Griffin, as well as the other community members who came out that day, the attorneys agreed to take the case.

That first case went to state courts and they lost.

“They knew they were going to lose because of the way in which things were articulated within the Virginia constitution and laws at the time,” Townsend said. “(But) they continue to appeal.”

The case eventually went to federal court and merged with a number of others out of South Carolina, Delaware, Washington D.C. and Topeka, Kansas. Those five cases combined to form Brown v. Board of Education, using the name of Oliver Brown, who was a plaintiff in the Kansas case.

Barbara Johns watched all of that play out from a different state, however. The protest she started and the court case that followed drew racist threats. Fearing for her safety, the Johns’ family decided she needed to move.

“Barbara very much planted seeds in the garden that she really wanted to see grow,” Townsend said. “After the strike happened, Barbara received death threats. For her own safety her parents moved her away to live with her Uncle Vernon Johns in Montgomery, Alabama. So she very much didn’t get to see directly the fruits of her labor. The rest of the students and the rest of the community did continue to move it forward after that.”

After moving to Alabama, Johns earned a degree in library science from Drexel University. She later married William Powell, moving with him to Philadelphia and raising five children. She also became a librarian for the Philadelphia school system, a position she held until her death in 1991 from bone cancer.

This planned statue is the most recent addition to her legacy. In 2017, the Virginia attorney general’s offices were renamed in her honor. Her story was recently added to the Standards of Learning for 4th grade Virginia studies and 11th grade U.S. History. And in 2018, the General Assembly made April 23 Barbara Johns Day throughout the Commonwealth.

“It’s taken almost 70 years to catch up with one of the pioneers of a contemporary civil rights movement in a lot of ways,” Townsend said.

To learn about the proposal to name the Moton Museum as a World Heritage site, click here.