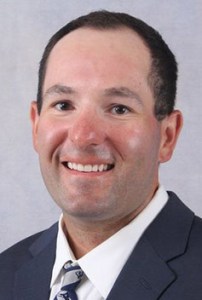 Longwood University baseball coach Chad Oxendine announced the arrival of Cody Walter as a graduate assistant coach for the team.

Walter comes from Pasadena, California after a six year stint of coaching baseball for his alma mater, Providence Christian College, and operating as a sports information director for the school.

“We’re very excited about the addition of Coach Cody Walter,” said head coach Chad Oxendine. “Cody brings a wealth of experience in collegiate athletics as a coach and working on the athletics support staff. He brings an incredible work ethic and connects with both student-athletes and staff, we’re excited to have him as a Lancer.”

For the past three seasons, Walter has been the head baseball coach for the Providence Sea Beggars. Prior, the previous skipper was the assistant baseball coach of the Sea Beggars as well as an Assistant to the Director of Athletics and the Sports Information Director, all from 2016 to 2019.

“I want to thank Coach Oxendine for the opportunity,” said Walter on his hiring. “I believe in the direction he wants to take this program and am excited to be a part of it. I can’t wait to get to campus and work with the staff and players. I am excited to be a Lancer.

Walter got his Associate of Arts degree in social science from Barstow Community College in 2014 before getting his Bachelor of Arts in Liberal Studies in 2016 from Providence.