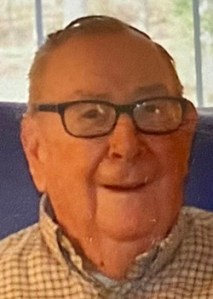 Robert Sidney Wooten, 93 of Farmville, passed away on Aug. 27. He is the son of the late Floyd H. and Bessie Griffin Wooten.

He is survived by his son, Bob (Linda) Wooten; granddaughter, Rachel (Nathaniel) Wooten Barley and many nieces and nephews.

He was preceded in death by his wife, Shirley Ann Wooten.

He was born Feb. 7, 1929, in Buckingham County. He was a retired courier for Purolator, Inc. He was a veteran of the United States Army.

Robert was an avid gardener, and shared tomatoes, cucumbers and other vegetables with friends and neighbors. He never met a stranger and would strike up a conversation with anyone.

In lieu of flowers, donations may be made to the Prince Edward Volunteer Rescue Squad.