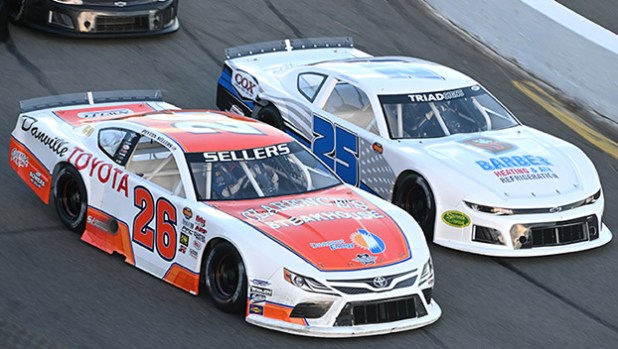 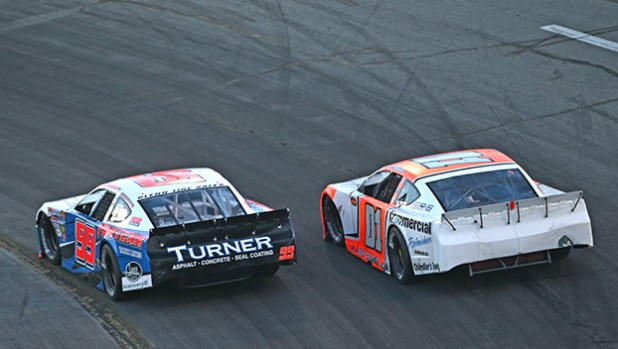 Four track NASCAR division titles on the line, a big impact in the NASCAR national weekly series championship chase, twin races in two divisions and one opportunity for a last-ditch effort at winning a NASCAR track championship on the final night of the track points season.

“Halifax Farm Bureau Championship Night on Sept. 3 is going to be one of the most drama-filled races of the season,” said South Boston Speedway General Manager Chase Brashears. “None of the competitors in our four NASCAR-sanctioned divisions will be able to relax as championship stakes are about as high as they can get. Not only do we have drivers battling for track championships, there are also drivers looking for their first wins of the season and a national points battle on the line in the Late Model Stock Car Division. All of that will combine to be a thrilling night of racing action to close out the 2022 regular season.”

Jacob Borst of Elon, North Carolina sits in third place, just two points behind Sellers and 22 points behind Riggs. Borst has had a successful season as well with a pair of wins in his 15 starts. In his last six starts, Borst has a win and three second-place finishes. With twin 65-lap races set for Sept. 3 there are scenarios where Borst could capture one of the top two spots.

Impact on the national standings

Riggs and Sellers are also first and second respectively in the NASCAR national standings, and with the pair splitting wins in the Aug. 20 event at South Boston Speedway, the 24-point lead Riggs held over Sellers entering that event has shrunk to 16 points entering events of the August 26-27 weekend. With the margin between Riggs and Sellers being so close in the national points chase, the September 3 twinbill at South Boston Speedway could potentially create more high-stakes drama.

“There are a lot of interesting scenarios that could play out here in the twin races on Sept. 3,” Brashears pointed out. “The great three-way battle we have for the track title and the ongoing battle for the national championship will create drama and exciting racing for fans.”

Great battles are awaiting in the track’s three other divisions as well. Kyle Barnes of Draper holds a 30-point lead over Jason Myers of Hurt in the chase for the Budweiser Limited Sportsman Division title. With twin 30-lap races set for Sept. 3, Myers has an opportunity ahead of him to win the title.

Four drivers in the title chase

The 25-lap race for the Southside Disposal Pure Stock Division on Sept. 3 will be a real donnybrook with four drivers mathematically in the division title chase. Scott Phillips of Halifax, holds a narrow eight-point lead over Johnny Layne of Halifax entering the race.

A lot of attention will be focused on those two drivers, but Jimmy Wade of Halifax who is having the best season of his career in the division, is only 23 points out of the lead and B.J. Reaves of South Boston is only 26 points out of the top spot. One or both could capitalize on a big opportunity, especially if some misfortune fell upon Phillips and Layne.

A three-driver battle looms ahead in the 20-lap race for the Virginia State Police HEAT Hornets Division set for Sept. 3. Jason DeCarlo of Chase City holds a slim seven-point lead over former division champion Kevin Currin of Chase City, heading into the final points race of the season. Dillon Davis of Nathalie, the winner on August 20, is in third place, just 13 points out of the lead.

Joining South Boston Speedway’s four regular NASCAR racing divisions in action on Sept. 3 are the competitors in the Mills Family Practice Champ Karts series who will battle it out in a 20-lap race. The drivers of the lightning-fast champ karts created a lot of excitement in their last visit at South Boston Speedway with a thrilling three-wide near photo finish.

The Sept. 3 Halifax Farm Bureau Championship Night race-day schedule has practice starting at 3:30 p.m. Grandstand gates will open at 5:30 p.m., qualifying begins at 6 p.m. and the first race of the night will get the green flag at 7 p.m.

The latest updates and news for both fans and competitors can be found on the speedway’s website, southbostonspeedway.com, and through the track’s social media channels. Information may also be obtained by phoning the speedway at (434) 572-4947 or toll free at (877) 440-1540 during regular business hours.