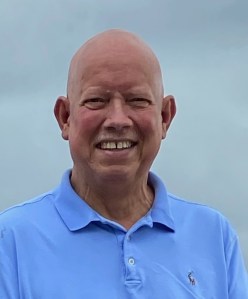 Richard “Dick” Brackett Whitlock, 67, of Powhatan went to be with the Lord on Sept. 11. Dick shared his love for life and hospitable spirit with all – having never met a stranger. He loved greatly and was greatly loved by many. His life was full and it always resonated in his smile. Adventures with any of his sidekicks always included ice cream, food, and exploring – the car never sat idle too long.

Ministry to others was the heart of who Dick was and what he aspired to share. Whether with members of Muddy Creek Baptist Church or sitting with a friend in his yard, Dick’s love of the Lord shown through his words and actions.

Dick enjoyed the companionship and shared commitment to the Powhatan Community and serving others through his involvement with the Powhatan Emergency Services (at age of 15), Powhatan Historical Society, and anywhere where he could serve and bless others.

Dick loved and had a childlike heart for adventure and trying new things that inspired many of his friends in the Fox & Hound Group (Founding Member), “The Gang” Saturday dinner group, Man Church, Men’s Fellowship Meeting held at Love Covenant Fellowship Church and his Muddy Creek Family.

Dick had many special friends throughout his life. There were a few he knew and cherished for most of his life including Craig Hawkins (Reenie), Buddy Johnson, Becky Christian (Joe), Cindy Lambert (Kenny), Ronnie Lambert, John Hoover (Sheila) and Winfree Palmore (Ann).

Dick greatly appreciated the support and comradery with his co-workers at CACI.