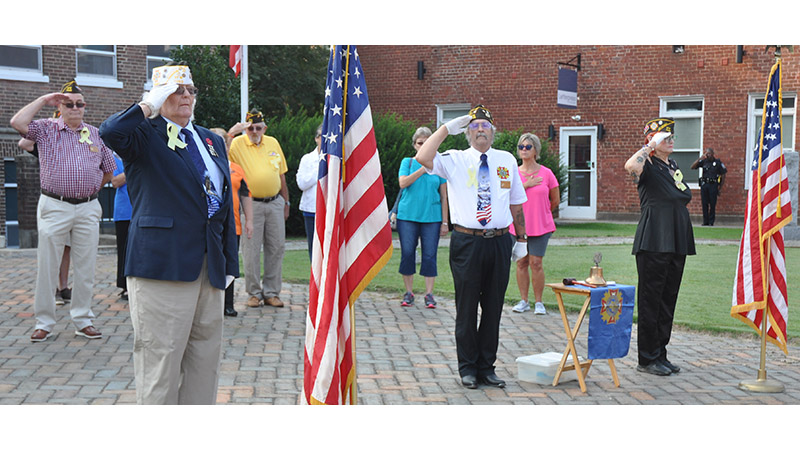 Each time a crash was marked by the playing of “Taps,” the VFW Post 7059 honored the victims of 9/11 with a salute.

The clock had just turned to 8:46 a.m. when the first plane hit the World Trade Center’s North Tower. Less than 20 minutes later, another hijacked plane hit the South Tower. Within two hours, four planes were involved and most of America watched both the attacks and the aftermath play out on television. Now there will be at least one local 9/11 service, honoring those who lost their lives in the attacks on September 11, 2001.

This weekend marks the 21st anniversary of the Sept. 11 attacks that took innocent lives at the World Trade Center in New York City, the Pentagon in Washington, D.C. and, due to a brave group of passengers, another flight crashed in a field in Pennsylvania.

Many communities across the country will hold services to not only remember those who died in the attacks but the first responders who put their lives on the line to help others.

Cumberland County will host its first 9/11 service this year. It will be at 10 a.m. on Saturday, Sept. 10, on the Courthouse lawn, 1 Courthouse Circle, Cumberland.

At this tribute, the names of those who died that day will be read to remember the many lives these attacks affected. There will also be other ceremonial activities planned related to public safety to honor those who still put their lives on the line for the sake of others.

“Cumberland County, its residents, County Board of Supervisors and County staff highly value public safety,” said Derek Stamey, county administrator for Cumberland County. “This is a way for the County to show its appreciation for those who passed and for those who continue to serve, putting themselves in harm’s way every day.”

Prince Edward County does not have a tribute planned this year. According to Doug Stanley, the county administrator for Prince Edward County, with the current renovations to the courthouse lawn, which currently has no flagpoles, the county is not able to hold one this year. However, with the new lawn providing a gathering area there may be events held there in years to come.

“With the renovated lawn we will be looking to do more events in the future,” said Stanley.

Now even if you can’t make the ceremony in person, there’s a way you can be involved. Officials from the national nonprofit Wreaths Across America (WAA) are asking residents to wave an American flag. Members of the group, including staff, volunteers, Gold Star and Blue Star families, will wave flags at specific times throughout the morning, marking the times of the attacks.

For example, there will be one flag waving session this Sunday at 8:46 a.m. and a second at 9:03 a.m. A third will take place at 9:37 a.m. and a fourth will happen at 10:03 a.m. The goal is to simply wave the flag for a minute and observe a moment of silence in memory of those killed.

The flag-waving concept originally started with the “Freeport Flag Ladies”, a group of women who took to a hill in Freeport, Maine on Sept. 11, 2001 and waved the American flag in memory of those who died earlier that day. The group continued their yearly tribute up until 2019, when they retired and turned the ceremony over to WAA.

For more on previous 9/11 services, you can click here, here and here. 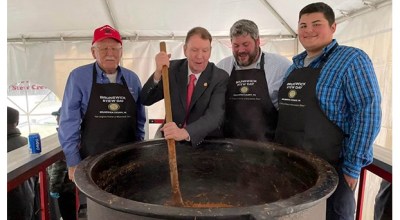