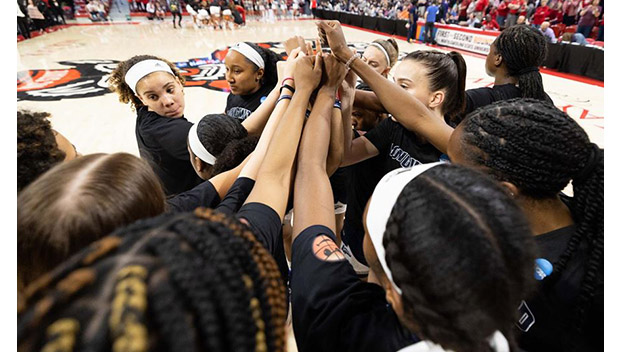 The reigning Big South champions will build to conference play with plenty of marquee matchups and tests in the 10-game non-conference slate. In the 10 games, the Lancers will play three NCAA Tournament teams and three more teams that went to the WNIT, four sides that won more than 20 games, a pair of teams that were ranked in the top 25 in the final Women’s Basketball Coaches Association rankings and one NCAA Final Four team.

Despite the level of difficulty, the schedule is balanced with five home and five road games over two months in November and December.

Longwood opens the season with back-to-back home games against teams that went to the postseason this past spring. First, the team welcomes reigning CAA champ Delaware to Willett Hall on Nov. 7. The Blue Hens won 24 games a season ago en route to a trip to the NCAA National Tournament.

Following the matchup of conference champions in the season opener, Longwood hosts an Ohio side that made it to the WNIT on Nov. 10.

Longwood hits the road for three of its next four, beginning with a trip to CAA contender Towson on Nov. 12.

The Lancers come home for a matchup with Commonwealth foe James Madison in Willett Hall before heading back out for two Power 5 matchups on Thanksgiving weekend.

First, Longwood will take on a Louisville side on Nov. 25 that is fresh off its fourth trip to the NCAA Final Four in the past 15 seasons. The Cardinals finished the season ranked fourth in the nation after being knocked off by eventual NCAA Champion South Carolina.

From there, Longwood heads to Virginia Tech on Nov. 27. The Hokies were ranked 25th in the country at the end of the season while earning a bid to the NCAA National Tournament.

The Lancers come back home to close out November against the CAA regular season champs as they host Drexel on Nov. 30. Drexel advanced to the WNIT Third Round and tied a program record with 28 wins a season ago.

Longwood again heads back out on the road for three of its final four non-conference tilts. The team heads to Richmond on Dec. 11 and Wake Forest on Dec. 15 before coming home to host William & Mary on Dec. 18. The Lancers close non-conference play at East Tennessee State on Dec. 20.

With the release of the Big South Conference schedule, the women’s basketball schedule is now available online. The Lancers return seven players from last season’s squad that won the Big South regular season and postseason crown. In addition, the team has six newcomers.

Schedule may be subject to change. All home games will be aired on ESPN+.

Monday, Nov. 7 vs. Delaware in Farmville

Thursday, Nov. 10 vs. Ohio in Farmville

Wednesday, Nov. 30 vs. Drexel in Farmville

Sunday, Dec. 11 at Richmond in Richmond