Moton Museum applies to be a World Heritage site 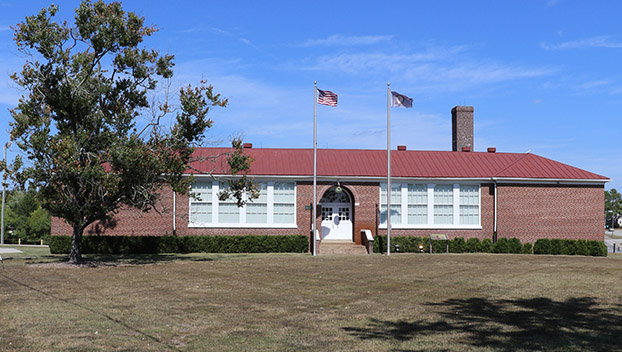 FARMVILLE – When people hear about prominent locations during the American Civil Rights Movement, cities like Birmingham, Atlanta and Memphis come to mind. Now, Farmville and Prince Edward County want to be considered in the same discussion.  The Robert Russa Moton Museum, located on Griffin Boulevard in Farmville, is part of a larger application which, if approved, would make it a World Heritage site.

The museum, along with other historic locations across the South, is part of a joint application to be added to the World Heritage list due to its involvement in the Civil Rights movement in the 1950s and 1960s.

What is a World Heritage site?

Ok, follow us for a minute. What is a World Heritage site? The World Heritage Committee of the United Nations Educational, Scientific and Cultural Organization (UNESCO) in 1972 created the World Heritage List. This list consists of locations around the world that meet the criteria to be preserved due to their natural or cultural contribution. The Taj Mahal, for example, is on this list. Everglades National Park and the Great Wall of China are also included. Once a site makes the list, UNESCO and the overall UN then agrees to help safeguard it for future generations.

“It is the highest form of designation a site can receive internationally,” said Cameron Patterson, executive director at the Robert Russa Moton Museum. “We’ve been fortunate enough to have significant designations from the state and nationally. The opportunity to achieve a World Heritage alongside these other sites is humbling.”

How does the Moton Museum fit?

Typically, individual sites are nominated on their own. But in 2016, Georgia State University officials had an idea. Why not put together one nomination, featuring multiple sites across the South that played a role in the American Civil Rights Movement? The Moton Museum is one of several locations on that list.

“We are excited with the opportunity to be able to put forth a joint serial collaboration with other Civil Rights sites and areas in the South that will help tell the story of the Civil Rights Movement,” said Patterson.

The Robert Russa Moton Museum is located in the former Robert Russa Moton High School, known as “the birthplace of America’s student-led civil rights revolution.” According to its website, the 1951 Moton Student Strike that took place at the high school produced three-fourths of the plaintiffs in the landmark Supreme Court case Brown v. Board of Education that desegregated the schools. You can read more about that here.

According to Patterson, this serial nomination will put the museum on the same list as Bethel Baptist Church in Birmingham, Alabama; the birth home of Martin Luther King Jr. in Atlanta, Georgia and the National Civil Rights Museum in Memphis, Tennessee, to name a few.

There is a lengthy process to get on the tentative list of nominations. To be considered, a site has to first be recognized as either a United States landmark or a National Historic Park. The Moton Museum already has both of those designations. It became a U.S. landmark in 1998 and a National Historical Park earlier this year.

The plan is for the joint application to be submitted in the spring of 2023. This will put the locations on the list for consideration, however, there is no timeline of when they will be officially considered.

So let’s say the application is successful. What happens to the town of Farmville? Being home to a World Heritage site will bring more tourism to Farmville. Many people go out of their way to visit World Heritage sites. Also, being connected to other well known civil rights locations will bring tourists who want to learn more about the movement.

“This could have a great ripple effect in the community,” said Patterson. “Many people engage with World History sites, but it’s exciting to know it won’t just affect the museum but restaurants, shops and hotels in the area. This will create a great impact on local tourism.”

Tourism will not be the only change in town. In order to be a World Heritage Site, there needs to be an overlay district, or buffer zone, in the museum’s location.

Lee Pambid, director of community development for the Town of Farmville, gave a brief overview of what this will entail at the Town Council’s Wednesday, Sept. 7 work session. According to Pambid, an overlay district is a type of zoning district that establishes additional regulations for various purposes and those purposes are typically for enhancement, protection or safety that still keeps the underlying zoning in place.

“The World Heritage Initiative has its own definition of a buffer zone and again we translate that into our language as an overlay district,” said Pambid. “What essentially it is trying to do is to protect the immediate surroundings.”

This new zoning ordinance is expected to only affect new builds and additions in the area. This will ensure that when tourists do come to see the site the area is up to World Heritage standards with a complementary look that does not take away or distract from the Robert Russa Moton Museum.

A public hearing will take place before the end of the year to decide how big the overlay district and its buffer zone will be. According to Pambid, there is no size requirement but the goal is to affect the least amount of property owners as possible with these additional zoning rules.

Even though these extra regulations will cause an extra step for those looking to build, remodel or add on in the new zoning district, being home to a World Heritage site will bring tourism to Farmville as a destination area.