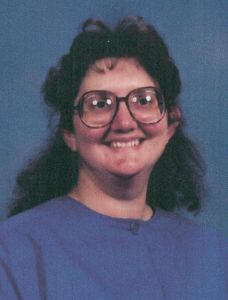 Martha Scott Vannoy, 63 of Richmond, departed this life on July 29.

She was born in Farmville on March 18, 1959 the only child of Dr. Charles W. Scott and Rae Firesheets Scott, who preceded her in death.

She graduated from Prince Edward Academy, now Fuqua School, and Averett University. On April 4, 1981 she married Ralph “Stinky” Vannoy who survives her. She was a long standing member of Heritage Baptist Church and a 30-year member of Robert Morris Chapter No 150, Order of the Eastern Star. She was also a long time member of the Civil War reenactment group 18 VA Co. G of Longstreets Corps.

Martha loved her English family and they loved her. With the help of her friends at XL Travel UK, she made over 15 trips to England and Europe for English Premier League Soccer matches. We lost count of the games she saw or the stadiums she visited. She attended over fifty plays in London and got to watch a Formula One Race at Silverstone.

Martha was a diehard auto-racing fan from being the car owner of the No. 27 Grand Stock car driven by Daniel Shelton at Southside Speedway in Chesterfield to attending Formula One, NHRA or Indy car races.

NASCAR was her passion from her first race at Talladega, Alabama, in the 1980’s to being in Atlanta, Georgia, in March 2019 for the race when COVID 19 put a stop to it. She was proud to be a Charter, Legends and Pioneer member of the NASCAR Hall of Fame since 2010 and enjoyed attending all the dinner and induction ceremonies. We made many new and wonderful friends there.

Please celebrate Martha by a donation to your local no kill cat rescue charity.

A celebration of her life will be planned at a later date.