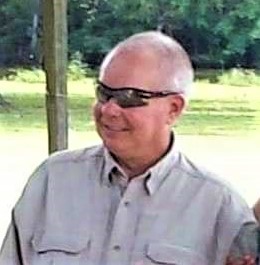 Jeffrey C. Picchi, born on Groundhog Day, Feb. 2, 1956, to John Joseph Picchi and Blanche M. Picchi, died Tuesday, Aug. 30. He was preceded in death by his parents and his brother, John C. Picchi, and numerous puppy dogs that met him at the rainbow bridge.

He is survived by his wife of 42 years, Patti; his daughters, Jessica Harris (Joshua) and Ashley Sharp (Jason); the light of his life his granddaughter, Taylor Harris; brother, Steven Picchi (Ingrid); sisters, Madelaina, Maria and Elizabeth Picchi and loads of extended family and friends.

Jeff began his adult life with a career in law enforcement, beginning with the Capitol Police in Richmond. From there he became a Chesterfield Police officer. Then in 1980, he married his teenage sweetheart and in 1981 they began Security Operation Services. In 1997, they opened Character Profiles Investigations, and in 2008, the family opened The Smoking Gun indoor range.

Jeff was an outgoing man, who loved to make people smile. The three things he hated most were telemarketers, technology and being late. The thing he loved the most was his granddaughter, Taylor, and the way she would nap on his lap while listening to Keith Urban videos. He also loved all dogs and they loved him back. He enjoyed showing folks his magic tricks, watching zombie movies, playing video games and April Fool’s Day. He was such a practical joker. He also loved to sit and talk politics and opinions at the gun range. He once told a friend not to register him as a democrat after he died.

In lieu of flowers, please consider a donation to your favorite animal rescue.