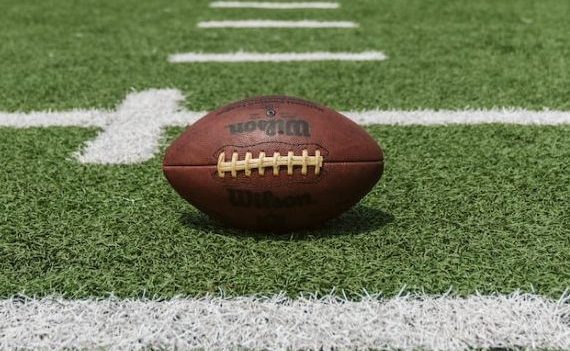 VICTORIA — They just keep winning. Central Lunenburg. Randolph-Henry. Prince Edward County. All three remain undefeated in the James River District as we head into Week Five of the high school football season. And now we’re approaching the meat of the schedule. Over the next few weeks, these three will compete against each other. Will we still have any undefeated teams by the middle of October? It’ll be fun finding out.

But the news wasn’t all good after this past week’s set of games. We saw some teams break losing streaks, while others continued to struggle.  Here’s a look at how each of the local schools performed last Friday and what’s coming up for them on Sept. 23.

The Eagles had Sept. 16 off, so they remain at 3-0 on the season. This Friday, they’ll play host to a resurgent Buckingham County.

Heading into last Friday’s game, the Dukes didn’t want history to repeat itself. On Sept. 17, 2021, Cumberland played Nelson County and lost 20-16. Nelson had not won a game since that day, a track record the Dukes hoped to see continue. Flash forward and almost one year to the day, the two teams faced off again. Unfortunately, things started to fall apart early and it was downfall from there for the Dukes, as Nelson County beat Cumberland 42-0 to break their losing streak.

While the defense has struggled, it’s the offense that has yet to get started this season. Friday’s game marked the second straight time Cumberland has been shut out. Overall, they’ve scored 18 points on the season, while giving up 171. That comes out to an average of 57 points given up per game.

The 0-3 Dukes hope to get back on track this week, as they play host to 1-3 Nottoway.

Central Lunenburg, meanwhile, had no such issues. For the first time since 2014, the Chargers are off to a 4-0 start. So far, they have outscored opponents 178-51 with a 22-8 victory over William Campbell as the latest victory. They led 14-8 entering the fourth quarter and held strong to preserve their closest win of 2022.

“I’m thankful. We had some turnovers that hurt us, but I’m not going to take anything away from William Campbell. They’re good at what they do and always give us problems. A lot of times we play each other in the regular season and see each other again in the playoffs. They’re young, but play tough and were responsible for causing those turnovers,” remarked Chargers coach Will Thomas.

Thomas said the players are still learning how to work with each other, so the best could be yet to come.

“We’ve had so many injuries. Our best offensive tackle, Collin Burke, it was his first game playing because he had surgery on his hand in August and has been out like eight weeks,” Thomas said. “We have a new offensive coordinator in Stanley Christopher and things have been a little different, but in a good way.”

Thomas added that the team has built some depth on the offensive line and because of those injuries, some others had a chance to step up and play well.

“It’s been a really good surprise,” he added.

Senior running back Bam Jones had a couple of touchdowns Friday and the Chargers also found the end zone on a pass from junior Conner Mattox to senior K.J. Watson.

Thomas pointed to senior defensive end Jamel Alexander as being a standout defensively. Both Watson and Jones have been solid on defense as well from the linebacker spot. Another two-way performer is Mattox, who Thomas says is “extremely valuable,” to what they do.

“He’s a three-year starter and has started since he was a freshman. He plays a little DB, some linebacker and we even put him up on the line and let him rush the quarterback at times,” Thomas said of Mattox.

“Fortunately, our defense has played well and we’ve been getting to the quarterback most nights by rushing four.”

Their next test at unbeaten Randolph-Henry, which has won 11 straight in the series, will be a different kind of challenge.

“We told them the other night, all these other games are over with and it’s going to get tougher every week,” Thomas stated. “We figured that Randolph-Henry would be undefeated when we played them at their place and it’s our first district game. That’s always a good grudge-match and I know Randolph- Henry will be amped up, confident and ready to go. It’s not going to get any easier for us.”

Let’s talk about those Statesmen. Following a 19-6 triumph over Nelson County in the opener and 52-15 blowout of Fuqua, the 22-23 Randolph-Henry squad won by a very convincing margin over the Surry Cougars, 47-12, on September 16 to move to 3-0 overall.

They pulled away over the final two quarters after leading 19-12 at half-time.

“We stayed consistent on offense and fixed some things on defense in the second half to shut them out,” declared coach Ray Conner.

Junior halfback Kanye Daley rushed for 127 yards on 13 attempts to lead the way. Freshman running back Sizemore added 89 yards on 10 carries. The Statesmen rushed for 350 yards, and in their previous two contests, they gained nearly 800 yards on the ground. Much credit goes to their veteran offensive line, a unit highlighted by seniors Parker Cottrell, Jayden Gee and Shyheim Wilson.

Next up is a home date with fellow unbeaten Central-Lunenburg in what will be Randolph-Henry’s Athletic Hall of Fame night with plenty of buzz in the stadium.

“I feel like we’re right where we wanted to be and should be with this year’s team. Coming in with Central-Lunenburg, that’s going to be a knockdown, drag-out battle,” Conner noted.

“As long as we can limit turnovers, stay healthy and do what we do, we’re going to be in every ballgame till the end.”