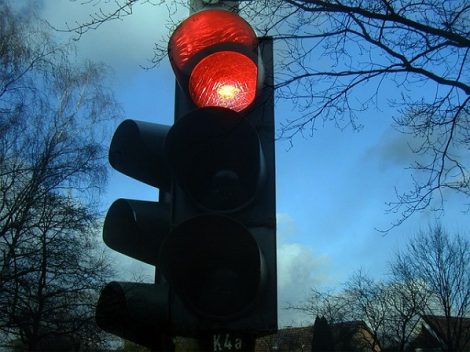 FARMVILLE – The lights started flickering around 2:45 p.m. on Thursday. Parts of Farmville and Prince Edward County went dark, staying that way for between three to four hours in some cases. The culprit, Dominion Energy officials said, was a tree branch.

A branch fell on a light pole cross arm on Plank Road, causing it to break. That triggered a domino effect of sorts. A circuit malfunctioned as a result, causing the lights to go out for almost 2,500 people.

And yes, there is a concern more branches could fall, with Hurricane Ian on the way. To deal with that, Dominion has multiple work crews on standby. That’s not just true in Farmville, but across the region.

No October work session for council

The Farmville Town Council has canceled their October work session. Originally scheduled for Wednesday, October 5, the issue was just with timing. Several members will be out of the area, attending the Virginia Municipal League’s annual conference in Richmond.

That leaves the group without enough people for a quorum. Instead, the next meeting will take place Wednesday, Oct. 12, beginning at 7 p.m., where the council will hear comments from the community on a request to turn a duplex into a four apartment unit complex.

The site in question is located at 1306 Longwood Avenue. That’s on the north line of Longwood Avenue, an estimated 900 feet west of its intersection with East Third Street. The Oct. 12 meeting will be held in Council Chambers. That’s located on the second floor of the Farmville Town Hall, 116 N. Main Street.

The Knights Valley subdivision is on hold. During the Monday, Sept. 26 meeting of the Buckingham County Planning Commission, staff announced that Atlantic Investments, the company behind the proposal, had withdrawn their request for a special use permit at this time.

Knights Valley is a proposed single-family neighborhood community, which would be built on 134 acres. The proposal as it currently stands calls for 119 single family homes, including 67 townhouses, 24 detached row-style homes and 28 single family homes.

The argument has been that the prices, which range from $250,000 for a townhouse to $500,000 for a single family home, will attract “first-time homeowners from all demographics, who desire a less congested alternative to city living”, according to the materials given to the planning commission. No reason was given as to why the request for a permit was pulled.

If you haven’t already received one, at some point over the next week, there will be a specific postcard showing up in your mailbox. This is to let you know what polling location to visit on Election Day.

“Districts and polling locations have changed for some voters as part of the redistricting process following the 2020 Census,” Virginia Department of Elections Commissioner Susan Beals said. “We encourage every voter to check their polling location on their voter notice.”

District boundaries for federal, state and local offices are redrawn every 10 years following the census. The 2022 election is the first November general election for which the new districts resulting from the 2020 census will be in effect.

All registered Virginia voters will receive a notification containing their district information and polling location regardless of whether any changes were made.

Later this weekend, you can look up and see a rare sight. Jupiter and its four Galilean moons this week are at the closest point that they’ve been in 59 years. This is because of what’s called opposition. When a planet is in opposition to Earth, it’s exactly what it sounds like.

The planet is on the opposite side of Earth from the sun. You could basically draw a straight line between the three. When the sun sets in the west, Jupiter and its moons will rise in the east. Now this happens every 13 months, but because Earth and Jupiter have different orbits around the sun, they don’t pass at the same distance each time.

This time around, you can grab even a pair of low-power binoculars and be able to see the planet and its moons. You would be able to see it tonight, but thanks to Hurricane Ian, you might want to wait and try it Saturday or Sunday night instead.

Speaking of the storm, things are changing rapidly. You can click here to see what events are still happening and which ones have been rescheduled.