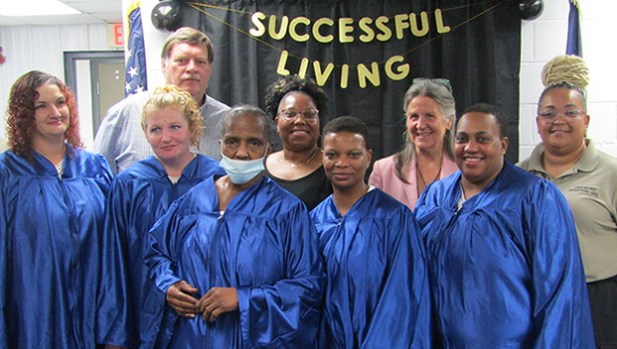 A look at some of the new graduates from Piedmont Regional Jail’s “Successful Living” program. 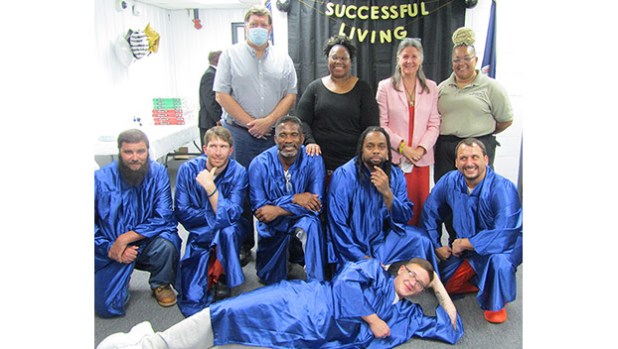 The Piedmont Regional Jail (PRJ) Authority, held its first graduation this past week for the re-entry program known as “Successful Living”.

To put the program together, which applies to men and women, Piedmont Regional Jail Authority developed a partnership with Crossroads Community Service Board. The two groups implemented a 12-week evidence-based re-entry program. This program is designed to aid male and female offenders with the capability to adopt a positive mindset, while utilizing the proper tools and strategies to overcome barriers that led to substance use issues in order to close the revolving door of incarceration permanently.

“Don’t look in the rearview mirror,” she told the crowd, adding that “success is a choice that you made today.”

Prince Edward County Administrator Doug Stanley offered his congratulations to each of the graduates. Stanley serves as the vice-chair of the Piedmont Regional Jail Board.

“The commitment displayed by the offenders who completed the program shows their desire to turn their lives around,” Stanley said. “Thank you to the PRJ staff and Crossroads staff for their support of the program and making it a priority. I also want to personally thank Superintendent Townsend for his heart-felt support of the program. He truly believes that the PRJ facility is more than a building, it is an opportunity to produce positive and successful outcomes for the individuals that are willing to step up and seize it.”