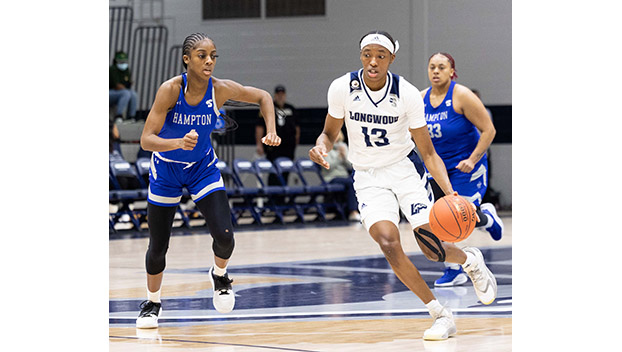 The Lancer great is slated to play at small forward for a CDEFF side that competes in the first division in Portugal and went 10-13 a season ago.

Smith wrote her name in the school’s record books as a Longwood player, and she served as a Swiss Army Knife. She has totaled the most triple-doubles in the history of the program, and she holds a variety of records. She is the single game, single season and career blocks leader as well as the program’s all-time career field-goal percentage leader.

Her success on the court helped pave the way to a dramatic turnaround for the Longwood women’s basketball program. The Lancers progressively finished higher in the standings in each of her four seasons, culminating with a share of the regular season Big South title and the Big South Championship this past spring.

Smith was also instrumental in helping Longwood win its first Division I NCAA Tournament game, as she tied a career high with 32 points while adding 13 rebounds. She had more than 20 double-doubles in her Lancer career.

With CDEFF, she joins another Lancer great in Dayna Rouse. Rouse, who joined CDEFF in 2021 after beginning her professional career at Herner TC in Germany, averaged nearly 20 points per game last season.

For more about the Lancers’ 2022 run in the NCAA tournament, click here.