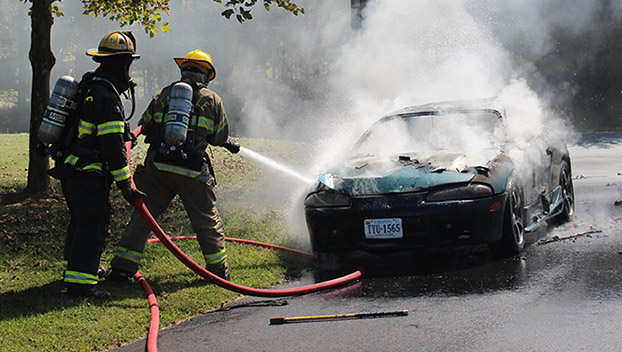 FARMVILLE – Members of the Farmville Fire Department were called out Friday to Johnston Drive, after reports of a car fire came in. The incident happened at 12:43 p.m., with firefighters arriving to find the vehicle already engulfed in flames. They quickly put out the fire, with personnel remaining on scene until 1:30 p.m. According to Farmville Fire Chief Daniel Clark, it’s still unknown what caused the fire.