Early voting: What do I need to know? 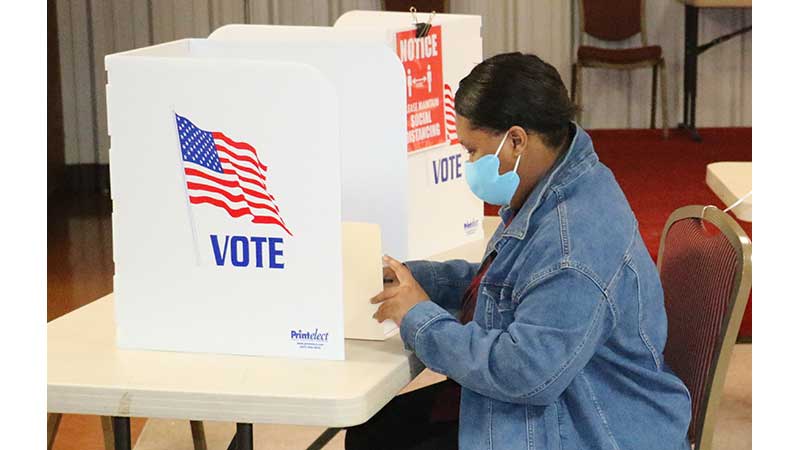 Election season is here again. Starting later this month, residents of Buckingham, Cumberland and Prince Edward counties will be able to cast a ballot for their preferred candidates in general and special elections. But early voting can be confusing. Over the last few weeks, The Herald received several questions about where to go and what voters need to do if they want to cast a ballot early. Here’s how it works.

When does early voting start?

In Virginia, this year’s general election will be held on Tuesday, Nov. 8. As a result, early voting begins on Sept. 23.

“Early voting starts 45 days prior to the election,” said Buckingham County Director of Elections Lindsay Taylor. But she cautions that doesn’t mean you head to the same precinct as you do in November.

Early voting is limited to one location in each of our counties. In Buckingham, that place is the basement of the Registrar’s office, located at 13360 W. James Anderson Highway. Starting on Sept. 23, residents can vote Monday through Friday from 8:30 a.m. to 4:30 p.m. This continues up until Nov. 4, the Friday before the general election.

What should I bring for early voting?

To vote early, you will need to do a few things. First, you’ll need to provide your name and address. Second, you have to show an ID. Acceptable IDs include a driver’s license, DMV-issued ID card, employee ID card with a photo, US Military ID or government-issued ID card. You can also use a recent utility bill, bank statement, government check, or paycheck containing your name and address.

If you haven’t registered to vote yet, there’s still time. The deadline to register and vote in this November’s election is Tuesday, Oct. 12.

That Oct. 12 deadline also goes for people who just moved. Regardless of where you moved from, be it out of state or just the county next door, you must get your registration updated by Oct. 12. You can do that at your local registrar’s office, which can be found by clicking here.

What about an absentee ballot?

If you can’t make it over to vote early in person, there’s also an absentee option. You can request an absentee ballot from your local registrar, then fill it out and return it via mail or in-person drop-off.

“A witness signature is required on all mail in ballots cast in the November 8, 2022 election,” Taylor said. “If a ballot is missing a witness signature or other required information, the voter will be contacted by their local Elections office and asked to correct it. The ballot must be corrected by noon on Monday, November 14, 2022 in order to be counted.”

Last year’s mailing system produced major difficulties for registrars and voters everywhere. Taylor spoke about the changes the postal service created to help make the voting process as smooth as possible. Likewise, she spoke about how voters should request their ballot as soon as possible for an easier mailing process.

“The USPS has created a new Election Mail Division to ensure fast and secure delivery of ballots,” Taylor said. “This is supposed to remedy any election mail issues of the past. The local election offices provide return postage on the envelopes and we can mail out ballots at the start of the 45 day absentee window. The sooner you request a ballot, the sooner it can be mailed. We also have a drop box in our office and at the polls on Election Day for voters to place their absentee ballots.”

Finally, Taylor shared her hopes for this year’s election and how the citizens can work together with elections.

“My main hopes are that people will take advantage of all voting methods available and select the one that works best for them. The polling locations open on Election Day at 6am and stay open until 7pm. With 45 days of Early Voting, no excuse absentee voting and the polls being open 13 hours on Election Day, we hope that the voters of Buckingham will make the most of these resources and come place their vote.”

You can read about some of the special elections taking place in Prince Edward County here.