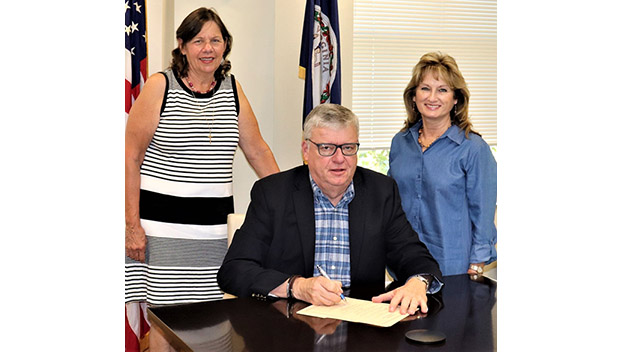 On the 235th anniversary of the Constitution of the United States, Mayor of Farmville David Whitus signed a proclamation that declared the week of Sept. 17 through Sept. 23 Constitution Week. The tradition of celebrating the U.S. Constitution was started in 1955 by the Daughters of the American Revolution. Members of the Judith Randolph-Longwood Chapter, NSDAR, are pictured here observing the mayor signing. Pictured are, from left, Judith Randolph-Longwood Chapter’s Treasurer, Mary Hunter Gallalee, Mayor Whitus and Chapter Regent Margaret Atkins.