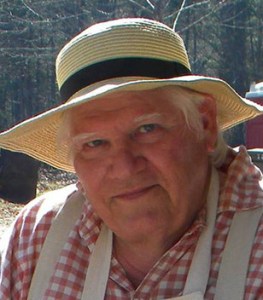 Andrew Moffatt Evans Jr., known to most as Moffatt or Moff, 75, passed away on Tuesday, September 20, 2022 after a brief illness. He was born to Andrew Moffatt Evans, Sr. and Helen (Bower) Evans in Columbia, South Carolina. Growing up in Roanoke, he attended Northside High School and then attended Wisconsin State University (University of Wisconsin-Superior) and Virginia Tech. He married Janet Erickson on August 8, 1970 and together, they raised two daughters, Erika and Erin.

Moff was Technical Director at Ocean County Community College, Toms River, New Jersey and after grad school, spend a year at Virginia Stage Company in Norfolk. He started teaching technical theatre at Longwood College (now University) in the fall of 1982. After moving away from teaching, he also held positions in Instructional Technology and Materiel Management before he retired in 2015. After “retirement” he spent most of his time split between the Waterworks Players, Sons of Confederate Veterans and researching family history and genealogy.

He was both a teacher and a student, he loved learning new things and spreading the knowledge. He was proud to say that he had former students all over the world. He was always willing to lend a hand, which could result in your project becoming more complex than planned. He was a collector of antique tools and used them and showed them off frequently. If you needed a special prop for a play, from weapons to space cruiser console or robot, give him a weekend and he would come up with something. He served on the Waterworks Board of Directors in various positions and served as Past Commander and Quartermaster in the High Bridge Camp # 1581 of The Sons of Confederate Veterans.

He is predeceased by his parents, Moffatt Sr. and Helen Evans, brother, Samuel B. Evans, sister-in-law Tonette Veech and nephew Christopher Veech. He is survived by his wife Janet, his daughters Erika and Erin, his sister Helen Enfiedjian (Abraham), his brother Michael Evans (Susan), 7 nieces and nephews, a number of great nieces and nephews and many friends.