Who was the “fighting preacher” Francis Griffin? 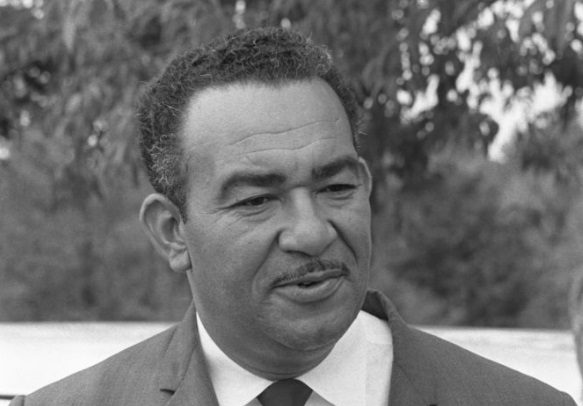 Francis Griffin will be honored later this month by the Moton Museum. Photo courtesy of the Library of Congress.

FARMVILLE – Residents called Francis Griffin the Martin Luther King Jr. of Farmville. He also earned a nickname as “The Fighting Preacher”, both locally and nationally. Now the Moton Museum is ready to celebrate a local civil rights activist on what would be his 105th birthday.

The annual Rev. L. Francis Griffin Day Observance will take place at 7 p.m. on Sept. 15, at Radcliff Hall at Longwood University, 310 Buffalo St., or live-streamed on its YouTube and Facebook pages.

For many years, the Moton Museum reserved the same day to recognize the Rev. L. Francis Griffin and Barbara Rose Johns who were both active in Prince Edward County in the fight to desegregate schools. Then in the 2010s, the museum split the celebration into two days with Johns’ now state-recognized day on April 23 and a celebration for Griffin on or before his birthday on Sept. 15.

Who was Francis Griffin?

Born in 1917, Griffin was both a civil rights advocate and a local minister. He served as pastor of Farmville’s First Baptist Church, over on South Main Street.

“For the time, he did not have a traditional approach to pastoring,” said Cainan Townsend, managing director at the Moton Museum. “Preachers were expected to preach a sermon, perform weddings and bury people. But, Griffin didn’t just believe and preach on individual sin but institutional sin.”

While his name might not be familiar to all, you’ve heard of the Supreme Court case he’s connected to. When Griffin’s two daughters were not allowed to attend the same school as white children in Prince Edward County, he sued. That case became part of Brown vs. the Board of Education. At the time, Prince Edward County officials closed the school rather than desegregate. The court ruled that was unlawful.

Griffin later served as head of both the local and eventually the Virginia chapter of the National Association for the Advancement of Colored People (NAACP).

According to Townsend, being the intellectual he was, if Griffin was not a preacher, he could have been a college professor. To honor Griffin’s love for academics, the tribute each year hosts a lecture with this year’s guest being Dr. Derrick Aldridge.

“We hope people are inspired and reflective of the past,” said Townsend. “We don’t force people to think or conclude anything, but we want to give them information for them to formulate their own conclusions and think about that. “

The event is free and open to the public with a reception to follow. Parking is available in the visitor parking lots or Town of Farmville Street parking.