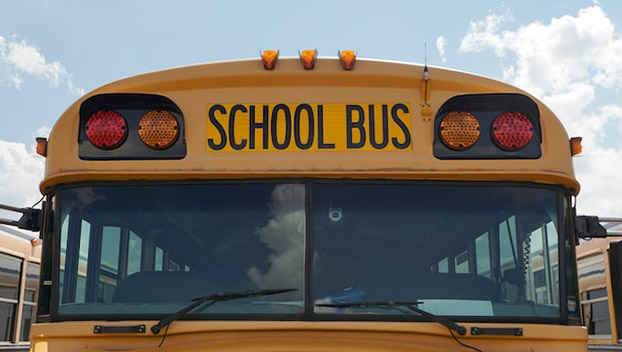 FARMVILLE – The numbers are going up. That’s something we can say across the entire Herald coverage area, as the state released new SOL (Standards of Learning) scores Thursday, Aug. 18. Prince Edward, Buckingham and Cumberland districts all saw significant areas of growth.

Now in each case, the statewide numbers were better than last year, when the majority of tests saw 60% or fewer pass. But state officials say it’s clear there’s work to do.

“The bottom line is that in-person instruction matters,” said Virginia Superintendent of Public Instruction Jillian Balow. “We can see the difference our teachers made once they were reunited with their students in their classrooms. I want to thank all of our teachers for everything they did last year to begin what will be a multiyear recovery effort.”

Dr. John Keeler is proud of his students, teachers and staff. The Buckingham County superintendent didn’t just see growth year over year, but the scores in many cases exceeded the state average.

“We are working hard to help our students overcome the learning loss that occurred during the pandemic,” Dr. Keeler said. “We believe we will continue to improve this school year.”

“Both our elementary and middle schools had a significant portion of their students show growth in both reading and math,” Dr. Keeler said.

The news was a bit mixed in Cumberland County, where the district saw some big improvements and a couple small drops. Math scores were up, with 58% of district students passing the test this year. Last year, only 33% did that. The same goes for reading, where 59% of students passed, compared to 56% last year. The only drop came in science scores, where the pass rate fell slightly from last year’s numbers. In the 2020-21 school year, 56% of Cumberland students passed science. This year, that number fell to 54%.

The biggest changes came at Cumberland High, where the school’s 78% pass rate on reading was higher than the state’s 73%. Math scores, which were an issue last year, also saw a big jump. In the 2020-21 school year, only 16% of Cumberland High students passed their math SOL. This year, that more than doubled, to 36%. Science scores were the only point where students scored lower than last year, coming in at 60% as opposed to last year’s 68%.

“The scores reflected what we already knew,” said Dr. Chip Jones, superintendent of Cumberland County Public Schools. “The pandemic has resulted in learning loss for many of our students.”

But Jones also pointed to growth, both on the high school and middle school levels. A total of 61% of Cumberland Middle School students passed their math SOL, more than double last year’s 29%. Science pass rates also increased at the school, going from 39% to 49%.

“When the state accreditation process factors in student growth from last fall to last spring, we feel sure that these scores will show how students are improving,” Jones said. “We are focusing on accelerating learning across the division.”

Meanwhile, the numbers are all heading in the right direction for Prince Edward County Schools. The district saw more students pass the SOL in reading, math and science. The biggest improvement came in math scores, both at the high school and district level.

Another highlight in this year’s scores came in reading at Prince Edward High. A total of 75% of students passed their reading SOL, compared to 67% last year. The school’s pass rate was also higher than the state average, coming in at 73%.

The Herald reached out to Prince Edward Superintendent Dr. Barbara Johnson for comment, but hadn’t heard back as of 5 p.m.