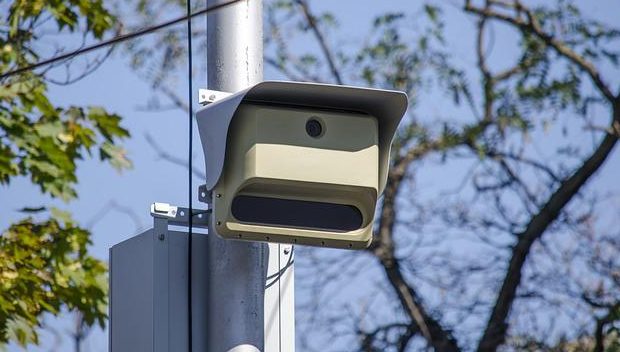 FARMVILLE – Drivers on Griffin Boulevard present a problem at times in Farmville. Longwood students park on the street and cross the road to get to class. However, they have to avoid vehicles traveling 10 mph or more over the speed limit on a regular basis. That’s where the idea for the Farmville speed zone came in.

“Last year, we had a student (get hit) in late September,” said Farmville Police Chief Andy Ellington. “Luckily it wasn’t fatal, but it did bring our attention to Griffin Boulevard.”

“Once we saw how many violations we caught in a day, it made us raise our eyebrows and realize something had to be done,” Ellington said.

What is the Farmville speed zone?

People wouldn’t face criminal charges for going over the limit in the Farmville speed zone. Instead, it’s a civil penalty.

“We set a certain speed limit,” said Farmville Town Manager Dr. Scott Davis. “If you go over that by say 10 mph, the camera takes a picture and the person owning the vehicle is responsible for paying that penalty.”

Davis explained the town’s plans to the Prince Edward Board of Supervisors in their Aug. 9 meeting, adding that it was different from the ones found around schools in the area.

“In state law, if we adopt an ordinance, it allows us to do (this) by photo monitoring,” Davis told supervisors. “(This is) a high traffic area for people that are trying to cut across Main Street to get to the other side of town. We feel it would be beneficial.”

According to Chief Ellington, if approved by the town council, speeding in the area would be a civil fine of $100 for each violation.

“It will not go on their driving record with points or anything,” Ellington said. “The ticket will go to the owner (of the vehicle), regardless of who is driving.”

The proposed area will be from High Street to Edmunds Street on Griffin Boulevard. According to Ellington, he set the minimum at 10 miles per hour, but town officials can opt to fluctuate that number as needed.

When would it take effect?

Ellington said he’s turned it over to the town attorney, to make sure the wording is right. He’s also presented the plan to the Virginia Department of Transportation (VDOT), to get the proper signs as required by law.

“It’s been a slower process than I anticipated,” Ellington said.

According to Ellington, the cost for this project is $5,000 for the two signs notifying the public of the school zone and that there are cameras in place. The camera company will take care of the installation and camera costs as the company gets $25 from each fine.

He hopes to have the ordinance ready to present to the Farmville town council next month. That would be during their Wednesday, Sept. 7 meeting.

“We’ll (need) to have a public hearing (and) hopefully, in October, we can get it approved,” Ellington said. “(Then we can) have it up and running by next year.”