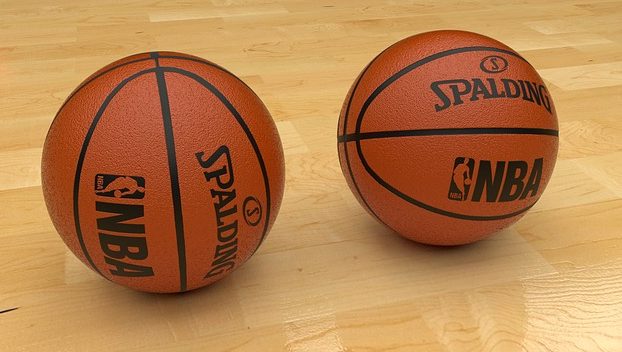 “For our first recruiting class it was important to find the right student-athletes that embraced the core values of our program — The Right S.T.U.P.H.,” said Lang-Montgomery as she enters her first season at Longwood. “We’re excited to welcome this great group of young women to our Longwood family!

“Each of them brings unique skillsets and experiences to our championship program. All of them have great personalities, and the Longwood community will enjoy getting to know each one of them.”

The team opens the season in November, with the schedule to be released at a later date.

A look at the new Longwood players

Alyssa Chapman, who goes by “AC”, transferred to Longwood from Big South foe Radford after her freshman season.

While at Radford, played in 17 games with one start. She scored 46 points and added 19 rebounds and seven blocks, and she had her first career start against the Lancers last January.

“Alyssa provides depth and versatility at the post position,” Lang-Montgomery said of her 6-2 transfer. “She is a stretch-4 that can face up or score with her back to the basket.”

A native of Manakin Sabot, Chapman went to Trinity Episcopal High School, where she played for three seasons. Her senior season was cancelled due to the COVID-19 pandemic. As a junior, she averaged 9.4 points, 10 rebounds and three blocks per game.

During her high school career, she was First Team All-LIS, and she earned a spot on the Dale Travis Tournament Team. In addition, she was the Richmond Times Dispatch Champion in both 2018 and 2019.

Steph Davis transferred to Longwood following two seasons at Holy Cross. She played in 17 games in her second season following an injury as a true freshman. Last season, the 6-0 wing totaled 18 points and 20 rebounds at Holy Cross.

“Steph is a big wing and confident scorer,” Lang-Montgomery said. “She is a versatile defender who can guard on the perimeter or inside against a post.”

In high school, the Windham, New Hampshire native attended Proctor Academy, where she played on the varsity basketball team for three seasons in addition to two seasons on the varsity lacrosse team. A team captain as a senior, she helped the team win back-to-back Lakes Region Girls Basketball Championships in both 2019 and 2020.

As a senior, she averaged 13.6 points, eight assists and eight rebounds while serving as a team captain. She was a two-time All-NEPSAC Honorable Mention.

She helped the team win the NJCAA Region 20 Championship in 2020 to earn a spot in the NJCAA National Tournament, and she played in 17 games for the Knights.

“Daysha is a relentless rebounder and is able to finish at the rim through contact,” Lang-Montgomery said.

The 6-0 guard/post averaged 4.9 points and 5.1 rebounds and 0.9 blocks per game during her time at CCBC Essex. That came after a high school career that saw her play two varsity seasons at Governor Thomas Johnson High School.

During those two seasons, she was named the MVP of the Boo Williams Tournament as well as the Roundball Classic.

Janay Turner comes to Longwood from Norfolk State, where she played in 28 games last season with the Spartans. She ranked second on the team in made three’s after hitting 33, and she scored in double figures six times.

“Janay is a three-level scorer,” Lang-Montgomery said of the 5-8 guard. “She is a shooter by nature, but she can play all guard positions. Her passion and leadership will fuel us throughout the season.”

She began her college career at Daytona State, where she averaged 15.4 points per game over her two seasons there. She started 28 of the 29 games she played, and she shot 32 percent from three. She was named the Daytona State Female Athlete of the Year and was an All-Central Conference First Team selection.

The Chicago native was a four-year varsity starter at Seton Academy and Chicago Christian. During her time in high school, she filled a trophy case with honors and awards. She was a two-time Suburban Metro Red All-Conference selection and a Sun Times All-Area Team selection.

As a freshman at Seton Academy, she was the team MVP while helping lead the team to a fourth place finish in the IHSA State Tournament. At Chicago Christian, she scored more than 1,300 points, and she helped the team win the conference, regional and sectional titles. That success led the way to her being named the team MVP twice while also being the Chicago Christian Offensive and Defensive Player of the Year.

Bailey Williams comes to Longwood following one season at James Madison that saw her play in 17 games. She totaled eight points and six boards, including five points against nationally ranked Maryland as a true freshman.

“Bailey is an exciting player in the open court,” Lang-Montgomery said. “She is a great floor general and is able to create for herself and others, in addition to being a strong defender.”

Prior to going to JMU, Williams was a four-year starter at Cosby High School. The 5-8 point guard was a two-year captain at Cosby while also earning back-to-back spots on the All-State First Team. She was also a two-time All-Metro Second Team selection.

Williams scored more than 1,500 points in her high school career, and she led the region in scoring as a senior at 21 points per game. She helped lead the team to back-to-back trips to the state title game, with her squad winning the title in 2018 and finishing as runner-up in 2019.

“Chardonnay is our lone freshman in this class,” Lang-Montgomery said. “She is a quick and explosive point guard with a high motor. She has an infectious personality, and fans will enjoy watching her play.”

Hartley averaged better than 20 points per game in both her junior and senior seasons of high school as a starter.

As a senior, the 5-3 point guard earned a spot The Tablet’s Tier 1 All-Star Team after posting 8.0 assists and 4.0 steals per game in addition to her 20 points per contest. She also earned a GCHSAA All-League spot as well as a spot on the New York State Sportswriters Association All-State Team.