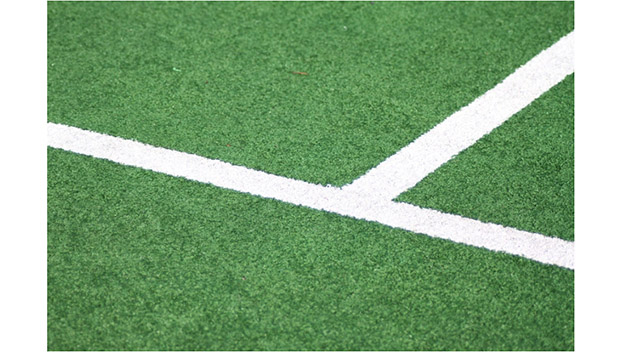 FARMVILLE — Miranda Rigg will take over this coming season as Longwood field hockey’s 10th head coach, the athletic department announced July 28.
Rigg joined the Lancer staff as an assistant this past spring after coaching stops at La Salle, James Madison and Mary Washington, in addition to a playing career that features international experience, caps for the national team and a decorated
collegiate career. In addition, she has coached for multiple years at the club level.

Now, Rigg brings those lessons learned to a Longwood field hockey program that is coming off its most successful season since joining the Mid-Atlantic Conference (MAC) following a run to the tournament championship game in November.
“I am excited for Miranda as she takes over our field hockey program here at Longwood,” said associate athletic director Austin Shaver. “She had a phenomenal career as a player and I believe is at the beginning of what will be a great career as a head coach. She knows Longwood and this team, which puts her in a great position to build off the foundation laid by Iain and the momentum within the program.”

Rigg spent the spring with the Lancers, learning under former head coach Iain Byers, who stepped down as the head coach earlier in the summer as the winningest coach in program history. She came to Longwood from La Salle University in the
Atlantic 10, where she served as an assistant, and she also was a coach at the Mainline Mayhem Field Hockey Club at
the same time.

That experience came on the heels of her USA Field Hockey Women’s National Team experience from 2020 to 2021. During her time as an athlete with the national team, she earned two caps while playing in the 2020-21 World Championships. In addition, she finished ninth in the FIN pro league. When she was not competing for Team USA, she worked as a volunteer assistant at Mary Washington.

She began her coaching career while still in school at James Madison, where she served as a student assistant. Her coaching experience began after a playing career that saw her go down as one of the top players in JMU history. She finished eighth
all-time in goals scored and seventh all-time in points. She was a three-time All-CAA First Team selection, a three-time
preseason All-CAA Team selection and a two-time CAA All-Tournament selection. She was named to the NFHCA First Team All-South Region once while earning a pair of NFHCA Second Team All- South Region honors.

Saying Thanks to Longwood

“I am excited for this opportunity to continue to be able to be a part of the Lancer family and lead the Lancer field hockey program,” Rigg said. “I would like to thank Austin and the rest of the Longwood Athletics Department leadership and staff for believing in me and my vision for this program. Iain has done an amazing job growing this program over the years, and he has been and will continue to be a mentor for me. After spending the spring with this team, I believe we have tremendous potential. I am excited to start getting to work for this fall season and be back in action on the field very soon.”

The Lancers advanced to the MAC Championship game for the first time since joining the league this past year, and the team returns 17 players from that squad. The team opens the season at Queens on Friday, Aug. 26 before hosting Richmond on Sunday, Aug. 28 at noon for its home opener.