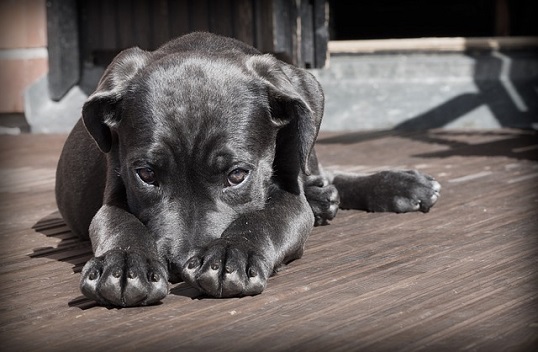 BUCKINGHAM – Local animal shelters need help. The residual effects of the COVID-19 pandemic are still being felt across the region, as many local dogs are in need of a forever home.

Why the numbers are so high

There are many reasons that shelters are seeing this uptick in surrenders. According to Hawk, during the COVID-19 lockdown, shelters were seeing amazing adoption numbers. People were stuck at home working remotely and unable to travel so they adopted a dog to keep them company. Unfortunately, once the world opened back up and folks could go back to work and travel again, many dogs experienced huge separation anxiety.

On July 1, Senior U.S. District Court Judge Norman K. Moon approved an adoption plan for the 4,000 beagles at the Cumberland Envigo facility. This caused shelters locally in Virginia and across the country to open their doors for these dogs. According to Hawk, this has caused bigger shelters to be more full than usual and unable to take some of the burden from smaller shelters like Friends of Animal Control, Buckingham.

“I’m happy that these beagles got out of that awful environment, but it’s just been icing on the cake with everything else happening,” said Hawk.

With overpopulation in shelters, some do not have a choice but to euthanize. Animal Control is required to receive strays, and adding strays to an already full shelter could cause the euthanization of a healthy and adoptable animal that there is no longer room for.

According to the Virginia Department of Agriculture and Consumer Services, Virginia shelters in 2021 reported 16,273 euthanizations. Shelters like Dogs Deserve Better Blue Ridge and the Society for the Prevention of Cruelty to Animals (SPCA) do not euthanize and do what they can to save animals from overpopulated shelters.

How to help animal shelters

According to SPCA board of directors member Steve Smelcer, there are numerous ways for people to help.

When looking for a new pet, shelters are a fraction of the cost of breeders and pet stores and are currently full of animals who desperately need a forever home.

The second is to spay or neuter pets to reduce overpopulation. According to the SPCA, in three years one unspayed female and one unneutered male can produce 512 dogs and 382 cats. Thanks to donations to the organization, the SPCA has spayed and neutered almost 17,000 dogs and cats in the last eight years. Having a lower population count can create fewer surrenders and fewer strays to fill up shelters and prevent unnecessary euthanizations.