The Farmville-Prince Edward Historical Society will meet at 7 p.m. on Tuesday, Aug. 16 at the Farmville Train Station on West Third Street. Kathreen Mirate, originally from the Phillippines, now resides in Farmville and has recently released her new book based on Farmville. In this book, she aimed to capture different situations and sceneries of Farmville and hopes that it will be successful in bringing to people’s consciousness the beautiful Town of Farmville. Kathreen will introduce her new book and have copies for sale.

The feature speaker will be Nat Carter, of Farmville. He will give a presentation and PowerPoint program on the Carter Family of Prince Edward County.

The meeting is open to the public and guests are welcome. There will be drawings for various door prizes and refreshments will be available during the meeting.

The October meeting will be “The homes of High Street” part one. 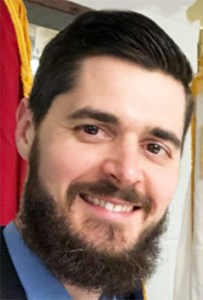