For this Actress, ‘Community’ is the operative word in community theatre 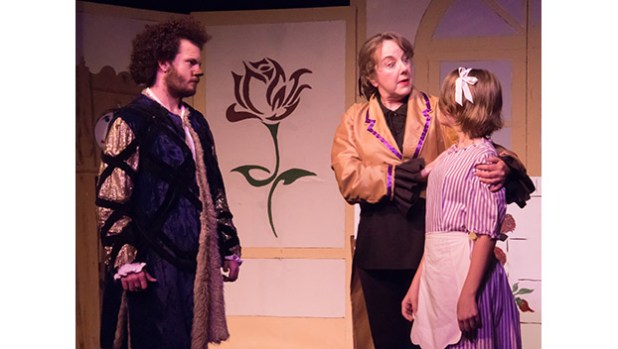 A look at “Beauty in the Beast", from the 2016 season of the Waterworks Players. 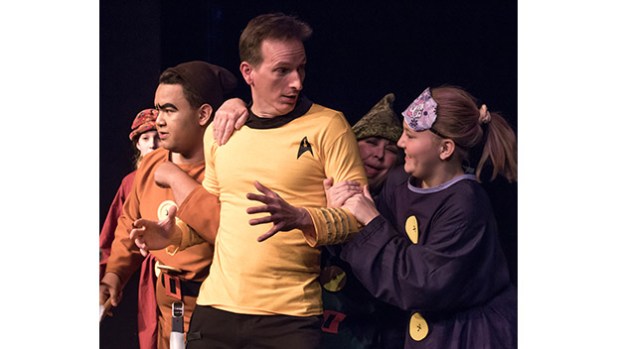 Penny right in “It’s a Panto Jim But Not As We Know It” as Dozy one of the seven dwarves. 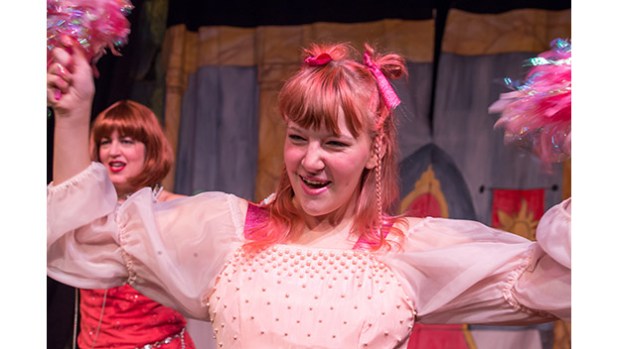 Penny as Patty Pink in Rapunzel. 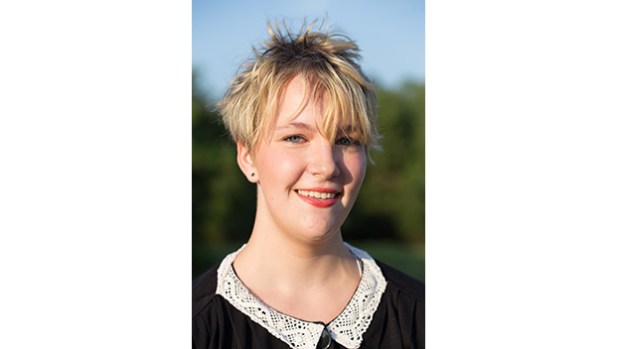 In hindsight, it was probably inevitable that Penny Dorsey would become a creative artist. “In high school I was thinking about psychology,” she said in a recent interview. “But I was taking a creative writing course too, and loved the homework. Psych, not so much.”

Now a theater and creative writing major and a rising sophomore at Randolph College, Dorsey is the maid Helsa Wensel in the Waterworks Players’ current production “The Musical Comedy Murders of 1940,” and has long loved every aspect of theater. But it wasn’t always this way.

“My first ever show was in elementary school. I was in first grade, and was Mama Bear in ‘The Three Bears.’ I had just one line — ‘The porridge is ready’ — and was so scared that I cried and ran off the stage. My mom, though, made me sit in the audience with her and watch the rest of the play.”

Nor did things improve quickly. In fourth grade Dorsey was a reindeer as part of a chorus in a musical (“My first time singing in a show”), and she cried again — this time because she hated her “ugly brown” deer costume. “So the director created a part of me, as a would-be diva, and that was much better.”

So, what changed? In 2015, when she was 12, one of her friends dared her to try out for “May the Farce Be With You,” the Waterworks panto that year. “She tried to psych me out—‘You’re gonna have to sing’ — and I took her up on it. I was one of the ‘Super Trooper’ members of the chorus. It was the first thing I did that I knew was theater. Mary Jo [Stockton, the panto’s director] was awesome. The whole mood was calming — everyone was relaxed, we seemed like a close-knit family.”

Dorsey has been involved in almost every panto since, as well as “Blithe Spirit” a few years back. When asked what her favorite panto role has been thus far, she was quick to answer. “‘Dozy,’ in ‘It’s a Panto, Jim, But Not as We Know It.’ That was the first time I got to do real ‘character things,’ play with my character. There’s a moment in the play where I get shot, and I found different ways to die to keep it fresh and funny.”

She has been equally engaged behind the scenes. As a young girl, she frequently ushered for Waterworks shows while her mother worked the sound board. In college she has had extensive experience with wardrobe and costumes, even winning an award for the fastest costume change — 35 seconds.

Dorsey has written several plays as well in her creative writing classes. One of them, “Cutting Fate,” impressed her instructor so much that he gave her bonus points for it, the first time he had ever done so. “As a playwright, I want to make things easier for actors,” she says, and clearly her immersion in theater both on- and offstage has helped immensely in that regard.

And she’s been active on the college stage. In her first year at Randolph she appeared in a couple of Marvel productions (“Hammered: The Thor and Loki Play” and “Squirrel Girl Goes to College,” where she was again a member of the chorus), “The Spitfire Grill,” and several student productions.

Dorsey has come a long way from her debut as a weepy Mama Bear. “I’m not running offstage,” she said with a grin, “unless the script says to.”