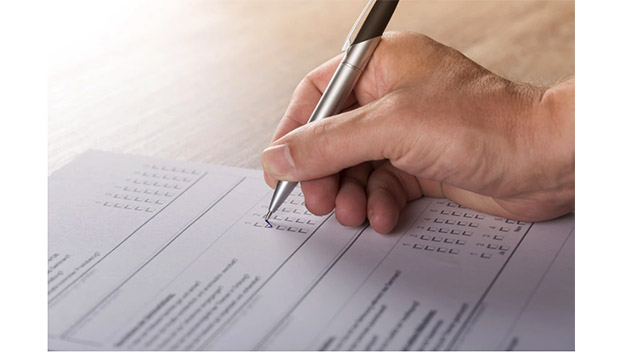 Everyone needs to understand that politics drives human functioning, as well as your dignity and quality of life. Stated simply, the action or inaction of every elected official plays a role in your well-being, dignity, and justice. It’s important that every citizen, regardless of race, color, or creed, becomes politically conscious.

At no time in the history of the United States has it been more important to know which politicians to hold accountable for the quality of your life, including the issue of life and death regarding our children. Numerous law enforcement agencies have correctly issued strong warnings regarding Democrat Biden’s weak open-border policies which invite drug gangs and cartels to easily move thousands of pounds of deadly illicit drugs across our southern border.

Some citizens incorrectly believe that the deadly lawlessness of this crisis is restricted to states on our southern border. Numerous states, such as Montana and Virginia, are witnessing a horrific and deadly increase in drug overdoses which are a direct result of the ease of smuggling dangerous drugs into our country. The United States Department of Homeland Security has estimated about a “million pounds of illegal drugs” have been seized, of which 202,000 pounds were the deadly drugs known as fentanyl and methamphetamine. According to federal sources, the amount of fentanyl is enough to kill every American seven times over.

Given this stunning amount of seized deadly drugs, all of us should ask the following question: “How many more pounds of these deadly drugs have been brought into our country undetected?”

Statistics such as the following are being reported monthly at an alarming rate. First, in April of 2022, The Texas Department of Public Safety and the Texas National Guard announced that over 3oo million lethal doses of fentanyl had been seized at their border with Mexico. Second, in June of 2022, a Virginia-Pilot report stated that fentanyl was the main cause of overdose deaths in Virginia, setting a new record for a second year in a row. Third, a recent Richmond WTVR news report noted that fentanyl killed approximately 2000 Virginians in 2021.

Fourth, in Orange County, California, death rates from methamphetamine, THC, and fentanyl have increased by 92%, 43%, and 857% respectively over the past six years. Dr. Rosie Hobron, a forensic epidemiologist with the Office of the Chief Medical Examiner of Virginia, found that fentanyl, “a powerful synthetic opioid, had caused or contributed to 76.5% of all opioid overdose deaths in 2021.

Fentanyl has proven to be particularly deadly because an extremely small amount can be deadly, and drug traffickers are mixing it with other substances to make them easier and cheaper to manufacture and transport.”

Dr. Hobron noted that drug overdose deaths were up by 15% in Virginia, with fentanyl being a major factor.

Given that Southside Virginia’s Black/Brown population is approximately 32%, an analysis of Fentanyl’s impact on this segment of our local population is a valid inquiry. A sample of 2017 to 2022 national headlines should be alarming to the leadership of Virginia’s local Black Americans. Four of the of those headlines are as follows.

Fentanyl poses an especially deadly threat to unsuspecting parents with family members who have come in contact with fentanyl in some manner. Just like unsuspecting parents, our law enforcement and emergency first responders are in extreme danger because it may be accidentally ingested orally, inhaled through the nose or mouth, or absorbed through the skin or eyes. Medical personnel stress that a very small amount could lead to serious health-related complications, respiratory difficulty or death.

United States Senator Ed Markey (Massachusetts) has stated that just about 118 lbs. of fentanyl could kill more than 26 million people and he is understandably concerned that the drug

could be used as a weapon of mass destruction. The DEA has noted that as little as 2 milligrams of fentanyl would be deadly to most people. Even the most casual observer should agree that Virginia School Divisions should be the first line of defense in protecting our young people from the deadly dangers of substances such as fentanyl. Public schools must reinforce their efforts to educate and protect youth from such deadly drugs. A proven method would be to expand the use of D.A.R.E., with
required weekly student assemblies with speakers using professionally made video presentations with follow-up quizzes.

On Election Day in November, ask yourself if your candidate supports a political party that tolerates the smuggling of dangerous drugs into Virginia “or” is your choice of candidate representing the party that vows to stop Democrat Biden’s dangerous open-border policies which allow drug gangs and cartels from easily moving thousands of pounds of deadly illicit
drugs into the hands of your children here in Virginia.

Many citizens find it interesting that candidate Josh Thornburg for the Congressional 5th District seat does not identify himself as a Democrat on his campaign signs, as well as, he does not promise a commitment to protect our children from the deadly influx of deadly illicit drugs. His campaign signs simply contain the words “Enthusiasm” and “Common Sense”.

A local citizen was overheard stating that if “Thornburg had any common sense, he wouldn’t be running as a Democrat.” Some years ago, a defendant went on trial in Chicago as a member of the Al Capone Mafia gang. When he was found guilty, he told the judge that he “never killed anyone”. The judge replied, “But you belonged to a gang that did and you did nothing to prevent the killings! In my court, you are judged by the company you keep!” Perhaps Mr. Thornburg has never learned that most people “will” judge an individual by the company they keep.