Transfers Peyton Coleman and Rileigh Lynn De Weese have joined the team to round out the roster. Coleman comes to Longwood by way of East Tennessee State University, and DeWeese transfers to Longwood following one season at the University of Connecticut.

“We are so excited to welcome Peyton and Rileigh to the Longwood softball family,” Brown said. “They both bring a wealth of knowledge and experience to our team. It has been a pleasure getting to know them this summer, and we are looking forward to having them on campus.”

The duo join a Lancer squad that finished last season as the regular-season co-champs. The team advanced to the Big South Championship softball game and finished as runners-up.

Peyton Coleman comes to Longwood following two seasons at ETSU. After making six appearances with two starts as a freshman in 2021, Coleman played in 41 games with 17 starts as a sophomore this past spring. She hit .244 on the season and tallied her first collegiate hit.

The infielder went 8-10 on stolen bases in her sophomore season, and she had a pair of multi-hit games. She had one double and one triple while driving in five runs.

In high school, Coleman lettered in softball in every season at Kenston Forest, with her senior season canceled due to the COVID-19 pandemic. She hit .431 as a sophomore with 42 stolen bases before hitting .442 with 35 steals as a junior, when she won the state championship.

Coleman was a three-time First Team All-State selection, and she helped lead her team to back-to-back conference titles in 2018 and 2019.

Her family has a variety of ties to Longwood, as three cousins attended the school, including Mason Basdikis, one of the top base stealers in program history. Basdikis graduated this past spring.

Rileigh Lynn De Weese comes to Longwood after spending her freshman season at UConn, where she played in 12 contests. She hit .125 at the plate, but she posted an on-base percentage of .417, which was tied for second on the team.

A four-year letterwinner in high school, De Weese helped lead Powhatan to an appearance in the 2018 4A State Championship game.

She hit .389 as a junior with a .539 on-base percentage and a .768 slugging percentage as a junior (her senior season was canceled due to the COVID-19 pandemic). She earned a spot on the All-Metro First Team while also garnering Second Team All-State and First Team All-Region Honors.

As a sophomore, she hit .537 with one home run, and she was a First Team All-State and First Team All-Region selection while helping her team advance to the championship. 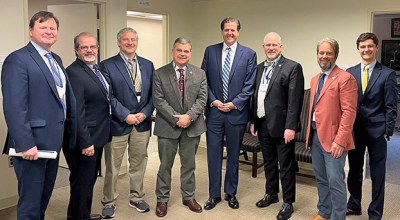