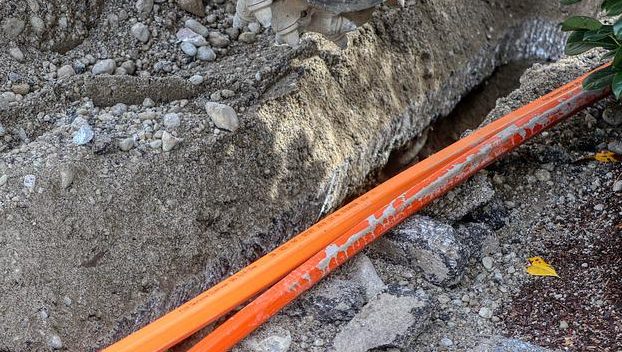 FARMVILLE – Over the next four years, 1,190 miles of fiber cable will be laid in Prince Edward County, Lunenburg and Cumberland counties. After some delays earlier this year, the project is finally moving forward, which means high-speed internet will soon be available to Prince Edward residents.

After two years of paperwork, Farmville-based Kinex Telecom received a contract through the Rural Digital Opportunity Fund (RDOF) in January to provide broadband fiber buildout for this area. Then, in June, Kinex received a Virginia Telecommunications Initiative (VATI) grant that makes up $15,000,000 of the expected $25,292,385 cost.

According to Jim Garrett, president and founder of Kinex Telecom, they were waiting for the VATI grant to start making significant progress in the project, including hiring contractors so that work can take place in all three counties simultaneously. Kinex has already laid an estimated 100 miles in Lunenburg County and a few miles of cable in Cumberland County, with installation to start in Prince Edward County this week.

“We’re asking people to be patient as we are working as quickly as we can,” said Garrett. “People should be able to see progress in the coming months.”

To install the broadband fibers, workers bury the fiber in the ground. According to Garrett, this process takes longer than running it through poles, however, the buried wires are much less likely to get damaged in a storm so it is better long term to go ahead and take the extra time.

A few more years to go

Broadband connectivity has been a problem for these counties for many years. The COVID-19 pandemic only showed how necessary it is for folks to be connected to the internet as many jobs, churches and government meetings went virtual.

“We’re local to these places,” said Garrett. “We’re not a national provider. We are very familiar with the situation as we’ve been working to provide internet for 23 years and building fiber in the area for nine to 10 years. I’ve spoken to hundreds to thousands of people in the area and know how increasingly important this has become.”

Even though Kinex is working as fast as they can, the project still has a few years to go before completion. The VATI grant is good for three years lasting through June 2025. According to Garrett, the project will more than likely need an extension as the project will still be wrapping up once the fourth year comes around.

Prince Edward County supervisors recently received an update on the project, which you can read about here.