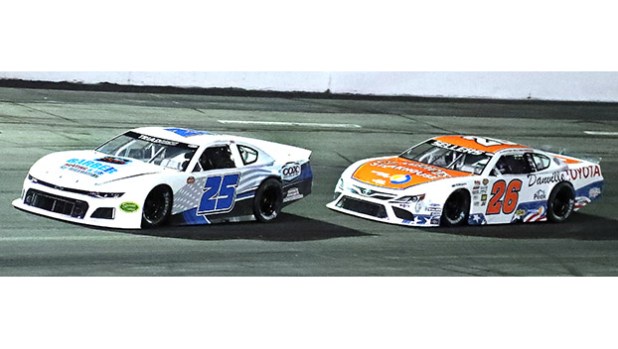 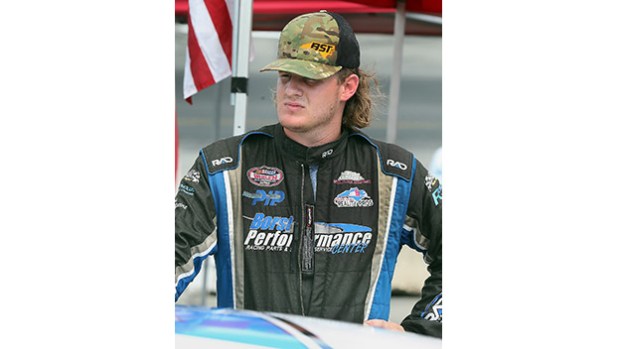 While the focus is on the championship, the second-year NASCAR Late Model Stock Car Division competitor also has to be concerned that defending track champion and defending national champion Peyton Sellers is right on his heels, just two points behind him, also with a shot to win the title.

Borst has opportunities ahead to make a run at Riggs for the title and put some distance between himself and Sellers. Two nights of racing and a total of four NASCAR Advance Auto Parts Weekly Series Late Model Stock Car Division races remain in South Boston Speedway’s track points season.

“There are still a fair amount of races left, but it is very hard to catch up because we are all good and we all are normally very close,” Borst pointed out. “When somebody has a pretty good lead on you, it’s hard to catch up. We’re going to have to come up with a lot of luck. Layne has been having really good luck and Sellers is close. When Layne’s had bad luck we’ve had bad luck. We just really haven’t had the luck to take advantage of any of his mistakes or misfortunes. If good luck comes our way, we will win the championship. We’ve just got to go out there and focus on us, do the best we can and have a good points night.”

The focus for Borst entering the last four races of the season is simple.

“Right now, we are focused on getting the car better and winning races,” Borst explained. “Our goal this year is to win three races. Right now, our goal is to go out there and win our third race before the season’s over.”

Thus far Borst is on track to mirror or top the performance he turned in last season in his rookie season when he finished second to Sellers in the track championship chase. In 17 starts a year ago, Borst scored one win, won two poles, had 12 Top-Five finishes, 14 Top-10 finishes and led 118 laps.

This season Borst has two wins and two poles in 13 starts, has eight top-five finishes, 12 Top-10 finishes and has led 130 laps. He currently sits second in the point standings, where he was a year ago.

Borst says he and his team are in good shape car-wise to continue to have solid runs the rest of the season and hopefully top more of his marks from the 2021 season.

“We’re having a good year,” Borst said. “I think we will be in a good situation for the rest of the year. We have two good cars including the car we had last year that we had a lot of success with.

“We struggled with our white car a little at the beginning of the season,” Borst continued. “It was a new car to us. We knew we were going to struggle with it and would have to work to fine-tune it. Now, the car is good. Sometimes we don’t touch it. I think we’re running our white car at Martinsville in September so we might not use it here the last race. Either way, we will bring a good car to the track.”