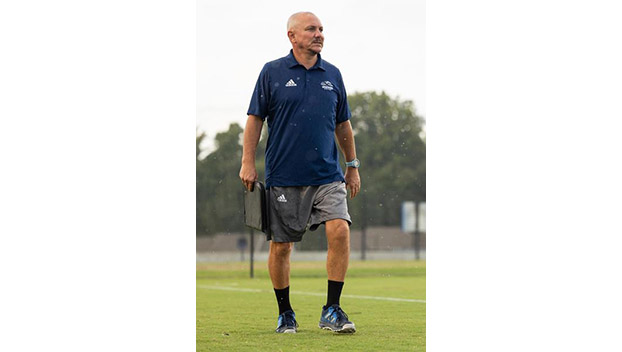 Some familiar foes dot the schedule, as Longwood has five rematches from last season on the schedule, with tilts against Richmond, UMBC, Wofford, Howard and Western Carolina. In addition, the Lancers will take on the reigning Conference USA Champions in Old Dominion, one of four Commonwealth foes on the schedule in addition to Richmond, William & Mary and Radford.

The matchup with Wofford at 6 p.m., Friday, Aug. 26 will be the G.A.M.E., an event steeped in tradition as part of the First Friday Back for Longwood.

“The whole point of our non-conference schedule is to get us ready for conference play and I’m confident we’ve provided ourselves that type of challenge and opportunity,” said head coach Todd Dyer as he enters his 29th season at the helm of the program. “Obviously, The G.A.M.E. against Wofford will be an exciting event for our team, but it is also a special occasion for our entire campus and surrounding community. In Virginia alone we face some very formidable competition with Richmond, ODU and William & Mary. We’ll also face College of Charleston for the first time ever, so that’s a trip we look forward to as well as seeing how we measure up.”

The year opens with exhibitions Aug. 6 at Davidson and Aug. 13 at East Carolina before the Lancers kick off a four-match homestand to close out the month. During the homestand, the Lancers host Richmond, Aug. 18, and UMBC, Aug. 21 before The G.A.M.E. against Wofford. They close the month Aug. 29 against Howard.

In September, the Lancers hit the road for the first time with back-to-back trips to the College of Charleston on Sept. 2 and an Old Dominion team on Sept. 4 that won both the regular season and tournament titles in Conference USA on Labor Day weekend.

Following a home game against Western Carolina on Sept. 8, which finished third in the Southern Conference last season, the Lancers head back out on the road for their final two non-conference matchups: Sept. 11 at Elon and Sept. 15 at William & Mary. It marks the first time the Lancers have taken on William & Mary since the 2010 season.

“Once we get into conference play it will be a gauntlet from start to finish,” Dyer said. “And with only four teams qualifying for our conference tournament this year each game will have that much more meaning. We definitely have our work cut out this fall season, but we have an outstanding group that is eager to get started.”

The Lancers dive into conference play at home Sept. 21 against Presbyterian before heading out Sept. 24 to take on defending champ High Point. Longwood closes out the month at home Sept. 28 against Gardner-Webb.

In October, the Lancers head to Winthrop, Oct. 1, before playing four of their final five matches on the road to close out conference play. Following trips Oct. 8 to USC Upstate, and Oct. 12 to Radford, the Lancers host UNC Asheville, Oct. 15. They then turn around and finish the regular season Oct. 22 at Charleston Southern and Oct. 26Campbell.

The Lancers are coming off a third-place finish in 2021. The team returns 20 players who saw minutes last season while advancing to the conference semifinals.