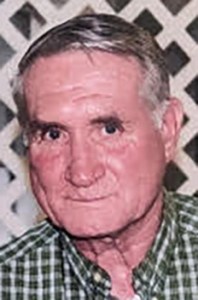 Henry Allen Morris, 83 of Cumberland, passed away at his home surrounded by family on Sunday, July 17. He is the son of the late Joseph Lee Sr. and Emma Magnolia Morris. Henry was preceded in death by his brother, Russell; sister, Joyce Morrissette and sister, Mary Watson.

He is survived by his beloved wife of 61 years, Christine; four sons, Jeff (Cindy), Steve (Charlotte), Ray (Angie) and Mike (Jennifer), all from Cumberland; a brother, Joe Jr. (Jane), and sister, Goldie Nixon (Bill), both from Powhatan; eight grandchildren and six great grandchildren.

Henry was born on April 8, 1939 in Powhatan and graduated from Powhatan High School in 1959. He continued his education as a student at Virginia Tech (VPI), playing football and participating as a cadet while earning his undergraduate degree in Agricultural Education. Upon graduating in 1963, he began a 33-year career, teaching vocational agriculture skills and serving as FFA chapter advisor for Blackstone, Cumberland and Buckingham county schools. Just prior to his retirement as an educator, he was invited to the National FFA Convention in Kansas City and was presented the Honorary American Farmer Degree in 1996. His interests and love of sports gave him the opportunity to coach both the football and track teams at Cumberland High School.

A selfless man of faith and service, Henry committed much of his time to enriching the lives of others. From performing carpentry and electrical work to fixing farm equipment, he had a far-reaching reputation for offering a helping hand to anyone in need. He also took great joy in sharing these skills with his sons and grandchildren. He loved tending to his farm alongside his wife, fishing and hunting with his boys, camping with the extended family and bonding with his grandchildren and great grandchildren. Henry was a dedicated member of Fitzgerald Memorial Baptist Church in Cumberland for many years serving as a Deacon, Director of Sunday School, and Sunday school teacher.

Funeral services will be held at Bennett & Barden Funeral Home in Powhatan, on Monday, July 25, at 11:30 a.m. The family will receive friends and relatives at 10 a.m. preceding the service. Interment with the immediate family will take place at a later date.

In lieu of flowers, memorial donations may be made to the American Heart Association or the American Cancer Society.