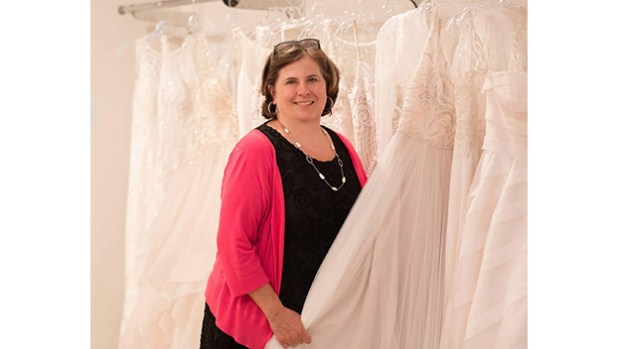 When she’s not busy with her other many business endeavors, Kayton can be found upstairs in the alterations department of the bridal shop. 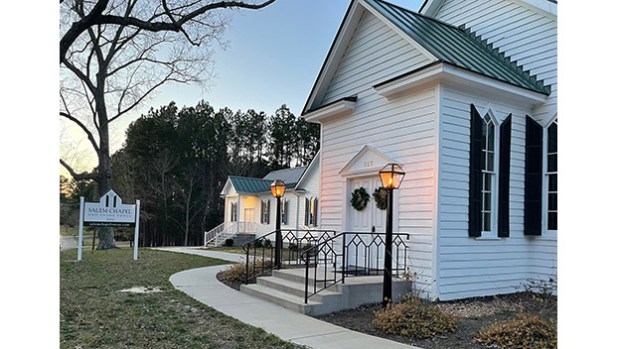 Kayton put in years of work to restore and revamp this beautiful church in Rice which is now the Salem Chapel and Event Venue. The charming space still showcases many of the original features of the former Salem Methodist Church which was constructed in 1884. 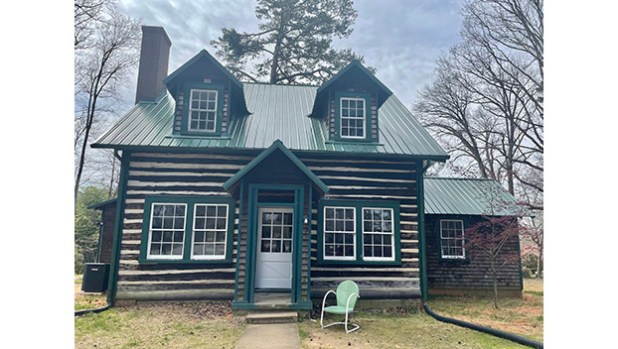 Kayton and her sons are currently finishing up work on this adorable cabin near Hampden Sydney. Once completed, the cabin will be an Airbnb destination. 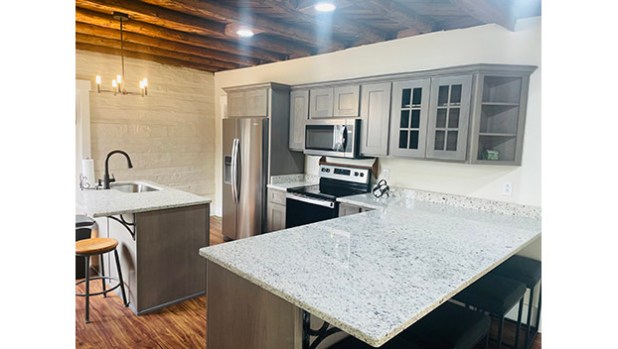 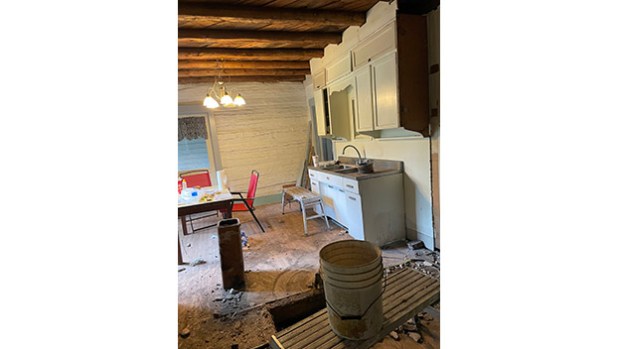 When Longwood graduate Caryn Kayton opened up a small fabric store on Main Street in 1982, she never could have imagined her leap of faith would lead her to create a bustling bridal business which draws in customers from across the state.

Today, Kayton is the owner of several successful businesses and leads efforts to develop Downtown Farmville. She’s dedicated more than four decades to investing in the local community, and the story of her success is one of self discovery, risk taking and personal development.

The daughter of an Air Force veteran, Kayton spent much of her childhood years moving from place to place. As a young girl, she always found herself interested in the ins and outs of running a business, from participating in yard sales to being a top seller of Girl Scout cookies. She also developed a passion for sewing. Later in life, Kayton’s parents retired to Hampton, Virginia where she would graduate from high school.

In 1975, Kayton moved to Farmville to attend what is now Longwood University, graduating in 1979 with a bachelor’s degree in elementary education. She returned to get her master’s degree in reading in 1982 and then set out to put her degree to work. It wasn’t long before she realized education didn’t feel like a great fit, but she quickly drew upon her childhood passions as a signal of where to go next in life.

“I taught school for a few years, and I did not like teaching, so then I decided to open a store,” she recalled.

Those familiar with Kayton’s modern day success may be surprised to learn her first business was not a bridal shop. In 1982, Kayton opened a small fabric store called Caryn’s Creations.

Knowing little about owning her own business, she had a lot to learn, including her place in the local market. And while she enjoyed her fabric shop, it wasn’t long before a new window of opportunity opened up.

“One of the girls that worked for me made her wedding gown, and she put it in the window,” Kayton explained. “We had so many people come and ask us about wedding gowns and if we sold wedding gowns, and when Walmart started being popular, they were able to sell fabric less expensive than I could buy it, so the writing was kind of on the wall at that point, and I decided after the interest in the bridal stuff that I would open a bridal store.”

After moving in and out of several different buildings in the downtown area, in 1986, Kayton purchased a storefront at 233 N. Main St. In 1988, she opened her store; Caryn’s Bridals, Formals and Tuxedos.

When the shop opened, Kayton had little retail experience beyond working for a clothing store while in college. She learned how to run her business one step at a time, and thanks to the encouragement of friends, family and other local business owners, things began to fall into place.

Today, Caryn’s Bridals, Formals and Tuxedos has established itself as one of Central Virginia’s top bridal salons. The business offers a variety of bridal gowns, formal dresses and special occasion dresses. Caryn’s also does tuxedo rentals and prom gowns, and women come from all over the state to browse their large selection of mother-of-the-bride dresses, an underserved market Kayton has been able to capitalize upon.

For more than 30 years, the shop has been an immense success, but the bridal store is only one of Kayton’s many business endeavors.

When not upstairs in the alterations department of the bridal store, Kayton is often working to bring life back into old buildings in the area, one brick at a time.

Back in 2005, Kayton purchased her first rental property. Today, she has two rental companies, one called CBK Properties and another known as Kayton Properties which she co-owns with her two sons. In 2020, the group established Kayton Property management to manage the various properties which range from commercial buildings to residential spaces.

Those rental businesses led Kayton to another venture, Salem Chapel and Event Venue in Rice. The charming chapel, formerly Salem Methodist Church, was built in 1884. Kayton, who lives in Rice, fell in love with the church and developed dreams of turning it into a welcoming event space.

“This church in Rice … I drove past it every day, and then all of the sudden a ‘for sale’ sign popped up in the yard,” she said.

After countless hours spent restoring the inside of the church to its former glory, complete with original benches, high ceilings and an added reception hall, Kayton opened the Salem Chapel and Event Venue in 2018. Located at 327 Rices Depot Road, the beautiful and rustic space is regularly rented out for a variety of events including weddings, baby showers, birthday parties, anniversaries, reunions and more.

“Anything you think of, it can be used for,” Kayton noted.

Of course, being the owner of several successful businesses, Kayton finds it extremely important to invest in her community and help the downtown area to flourish. She currently serves as president of the Farmville Downtown Partnership, an organization whose committees focus on the betterment of Downtown Farmville through promotion, design, economic vitality and organization.

Kayton has also worked to restore and rent out other buildings in the downtown area. Most recently, she and her sons purchased and redid the old Red Front Trading Company building at 119 N. Main St. which has now become the new home of Ellet’s Embroidery.

“Each project that we come up with is exciting, you know, and when we’re working on houses and rehabbing those, it’s so gratifying to see what can take place… I just love seeing things the way they’re supposed to be,” she highlighted.

Kayton also serves her community through the local Lions Club.

“Other than that, I really don’t have time for anything else,” she joked.

Yes, while Kayton has her hands busy juggling her many business endeavors, she does find a little downtime to do some traveling and spend time with her sons and five beloved grandchildren. Of course, she also considers her work on Main Street to be her main hobby.

Although Kayton’s propulsion into the business world was a learn-as-you-go process filled with unknowns and quite a bit of guesswork, her resilience and determination to thrive ultimately led this local self-starter to a career filled with success. However, she’s quick to point out the countless people who helped along the way to make her small business dream a reality. Kayton said she received support throughout the years from her father, her sons, her friends, and organizations like the Longwood Small Business Development Center.

She also remembers fondly the encouragement she received from her late husband, Bryan.

“When I said I wanted to quit teaching school and open the store, he was like, ‘Do it!’” she recalled.

Kayton did have some recommendations for others looking to start their own business journey, the first of which was to get a business plan and do some market research.

“I didn’t even know what a business plan was,” she said of her initial business launching.

Kayton also referenced some eye-opening advice she was once given which has helped her to get to where she is today.

Of course, it’s no secret Kayton plans to stay busy. When asked about her future plans, she noted the family is currently working on fixing up a cabin near Hampden Sydney that, once completed, will make for a charming Airbnb.

Kayton also plans to continue her work with the Farmville Downtown Partnership and envisions a bright future ahead in which all of downtown will come together to make Farmville an even more fun and profitable place to be.

“We all work together,” she noted.