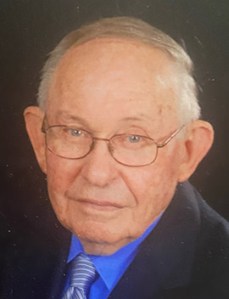 Wesley Earl Dunkum Jr., 93 of West Palm Beach, Florida, and formerly of the Curdsville community of Buckingham County, went to be with his Lord and Savior Jesus Christ on Tuesday, May 3. He was born at the family farm on May 13, 1928, a son of the late Wesley Earl Dunkum Sr. and Alma Duncan Dunkum.

Wesley was a devoted husband, father and grandfather. He married Elizabeth Lee Burnette in 1964 and enjoyed 30 years of marriage with her until her death in 1995. In 1999, he remarried.

Wesley was preceded in death by his sisters, Edith Dunkum Leap and Janet Dunkum Ayres.

Wesley was the owner of Springfield Farm near Curdsville, which was established in 1875 by his grandparents Richard and Sarah Dunkum. At various points in his career, he raised and sold chickens and eggs, hogs, sheep and cattle.

Wesley faithfully served his country, church and community. He was an infantryman in the U.S. Army from 1955 to 1957, stationed at Fort Benning, Georgia.

Wesley was a lifelong member of Smyrna United Methodist Church in Sheppards. He served on the Smyrna church council for about 57 years, the third generation of his family to serve at the church. He was chairman of the church council for about 20 years. Wesley served as a member of the Peter Francisco Soil and Water Conservation District Board of Directors for 23 years. He was chairman of the Board for about 10 years. Wesley was a member of the Buckingham County Farm Bureau for over 40 years and served in all offices of the Farm Bureau between 1965 and 1980. He was one of the original members of the Buckingham Cattleman’s Association when it was formed in 1978 and later served as President of the Association. Wesley served as President of the Piedmont Pork Producers Association in the 1980s. He was a founding member of the South-Central Feeder Pig Association and a charter member of the Curdsville Grange.

Most importantly, Wesley trusted in the faith of Jesus Christ for his salvation. Galatians 2:15 (YLT)