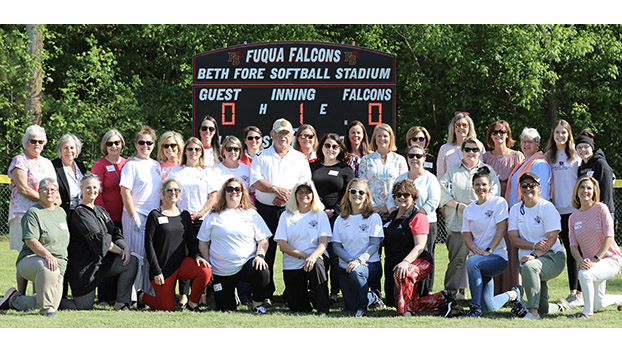 Many of the numerous former softball players present at the dedication ceremony posed with Coach Skeeter Fore in front of the newly placed scoreboard that recognizes the naming of the Beth Fore Softball Stadium.

For over 45 years, Beth Fore was a beloved teacher and softball and basketball coach at Prince Edward Academy/Fuqua School.

During her coaching career, she saw softball on the Al Smith Field transition from the slow-pitch sport she loved to fast-pitch softball. As with anything Fore touched, she sought perfection. While she did not bring home a state title her first year of fast pitch, she did win the conference championship. The following year, she brought home the state title. In total, Fore led her softball teams to 16 conference championships and six state titles with an overall record of 535-114, to include four undefeated seasons with the back-to-back undefeated years of 1994 (25-0) and 1995 (26-0).

Inside of Gilmer Gym, Fore led the girls’ basketball teams to five conference championships with an overall record of 335-241. Additionally, she coached numerous athletes who then went on to play at the collegiate level in both softball and basketball.

On Thursday, April 28, the softball stadium at Fuqua School officially became the Beth Fore Softball Stadium in honor of a beloved teacher and coach. A granite marker was placed in front of the press box that features a plaque in Fore’s memory generously donated by her former players and Luck Stone. An anonymous donor provided a scoreboard signifying the naming of the Beth Fore Softball Stadium.

Many former players, numerous alumni, friends and family were on hand at the dedication ceremony. Her players stated, “Coach Fore taught us hard work, discipline, accountability, sportsmanship, respect, and humility. She required us to be good students first, good athletes second, and to fear the wind sprint.” 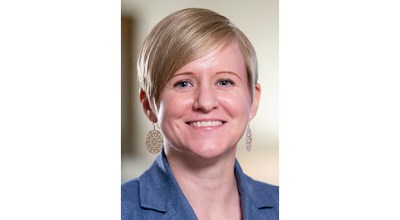