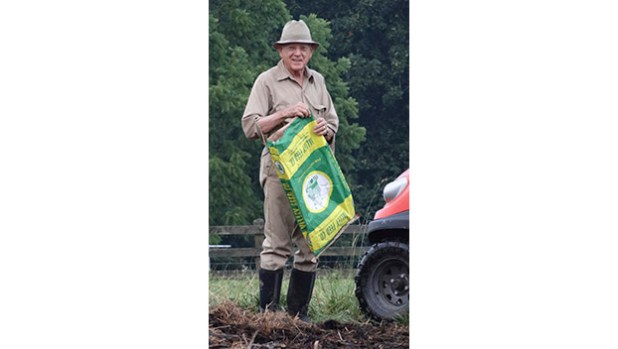 When not working with the railroad, Robert Bryant worked at his farm in Buckingham. 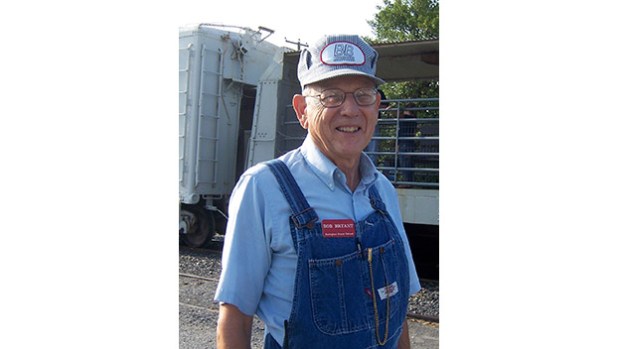 Robert Bryant stands at the Buckingham Branch Railroad in Dillwyn. 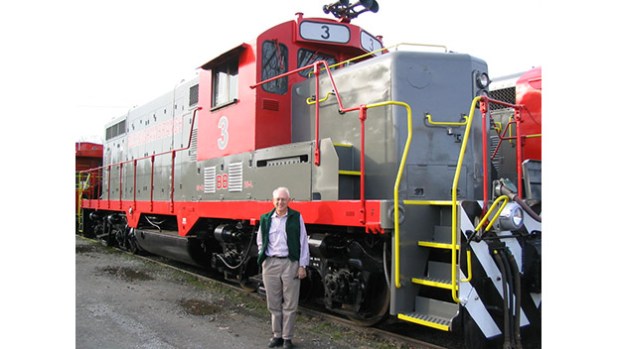 On Sunday, May 8, Buckingham County lost a pillar of the community.

At 18, he moved to Richmond to work for the C&O Railway. Starting as a messenger boy, he moved up the ranks and retired as a marketing manager after almost 35 years of service. The job took him to live in cities like Columbia, South Carolina; Memphis, Tennessee and Atlanta, Georgia. Once he retired, he came back to live in his home county of Buckingham. However, in retirement, his love of railroads didn’t stop.

In 1988, he founded the Buckingham Railroad. The previous owner of the railroad, CSX, was going to abandon it, but Bryant convinced them to sell. He would go on to work as an engineer and conductor as well as do track work, signal work and work as a freight agent.

“That was 34 years ago and the railroad is still here and stronger than ever, and still serving the businesses of Buckingham by giving them a more cost-effective and environmentally friendly option to truck transportation,” said Mark Bryant, CEO of Buckingham Branch Railroad and Robert Bryant’s son.

Bryant was involved with the railroad up until the day he died. According to his son, he wanted to create a business where employees were treated like people rather than numbers. The concept is still implemented at the railroad today.

Robert and Annie Bryant were honored with a resolution from the Virginia General Assembly in 2015 for the railroad and their service to the commonwealth by restoring rail lines, strengthening transportation infrastructure and doing so with honesty, integrity and strength of character.

When not working with the railroad, Bryant enjoyed working on his farm. He loved being on the land working in the hayfields or taking care of his small herd of Angus cattle. He kept to a traditional farming approach and cared for the health of the farm and the ecosystem that supported it.

Many in Buckingham may know him from his gardening. Every year, he would make sorghum syrup from molasses and give bottles of it to family, friends and neighbors.

Bryant was also a man of faith as he was very involved with his church, Mount Zion Baptist Church in New Canton, where he served as a deacon.

“My father was very much of a connector — he loved people and loved building relationships between people, especially in the areas of business, farming and church, and I feel this provided a tangible benefit to the county, although it could be hard to quantify,” said Mark Bryant.

The Buckingham County Board of Supervisors voted unanimously on May 9 to present a resolution in memoriam to the Bryant family at its June 13 meeting.

“He was a great man all around and a pillar of our community,” said Supervisor Dennis Davis Jr.