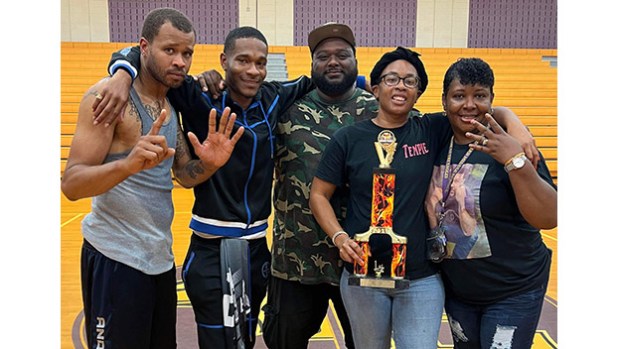 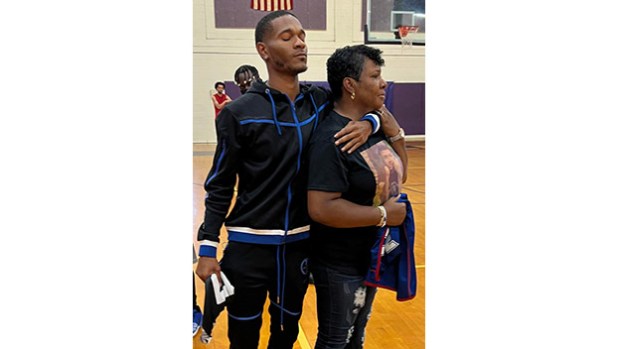 “Momma is still proud of you, son” said a tearful Angelique West as she accepted her son’s jerseys. Pictured are Tylic Vaughan and Angelique West. 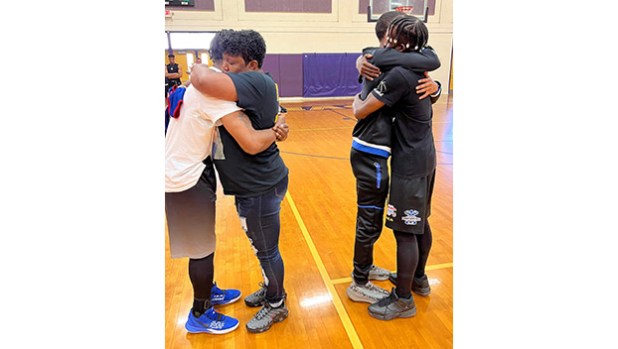 Teams participated in a single elimination tournament. The results are listed below:

The semi-professional teams, Virginia Titans and PEEDEE Bears of South Carolina played each other in honor of Amont’e, who was a player for the Titans. The Titans retired both of Amont’e’s jerseys and presented them to his mother, Angelique Vaughan and his brother, Tylic Vaughan.

In honor of Amont’e, the tournament championship winners, Most Wanted, coached by Kinton Lockett, presented the championship trophy to Amont’e’s mother.

All funds raised from the tournament went into the Scholarship Fund. Scholarship applications are being accepted until May 31. Contact President of Autumn Bridges Tempie Walton-Berry at (434) 391-4715 for an application.