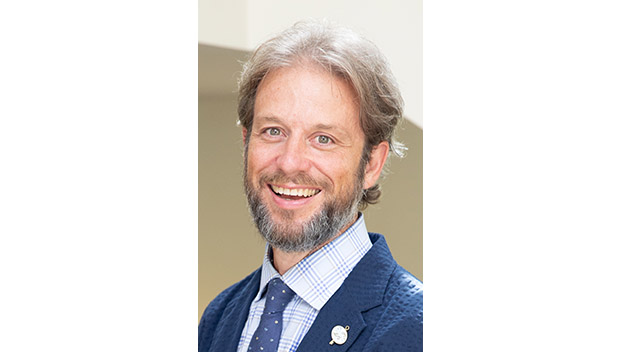 Farmville Town Councilor Brian Vincent is signed up to run a 100 mile race in West Virginia on Nov. 5, but that’s not the only race he intends to run this year. He is running for mayor in the November 8 General Election.

“Last year I attempted 100 miles and made it 58 miles before the wheels came off. I’m gunning to finish this year while also campaigning for mayor. That should tell you a lot about who I am — fiercely independent, fearless, hardworking, motivated and full of stamina. I refuse to concede to any failure,” Vincent said.

Vincent runs Appomattox River Company on Farmville’s Main Street with his father-in-law. He’s been a Region 2 board member for the Virginia Department of Wildlife Resources since 2017 and has served on the Farmville Town Council since 2018. In announcing his mayoral run Vincent stated: “The Town of Farmville has a quintessential small town America vibe, but what sets it apart is the community. The people here are rich in goodwill and can-do spirit. They inspire me every day. I grew up in a military family, moving around a lot. Farmville has become home. I feel called to work at the local level to maintain and improve our home for this generation and the one’s yet to come.”

In 2021 Vincent was named the chairman of the Board for the Department of Wildlife Resources. He is a member of the Farmville Area Chamber of Commerce, a graduate of Leadership Farmville, and served on the Go Va Region 3 Advisory Committee’s Young Leaders Council. Currently on the Farmville Town Council, he serves as the chair of the Recreation Committee and as a member of the Finance and Library Committees.

When asked why he’s running for mayor, Vincent responded: “My father was a West Point graduate, commanding officer of a specialized aviation unit, and my hero. His death in service to this country was a seminal moment in my life that I did not always handle well. When I met and married my wife, then starting a family, the lessons of my father’s life flooded back to me. His example drives me to be a good husband, father and community member. I try to honor his memory in service by striving to make the world better as he did. My two girls are now eight and 10. I want to do my part to make this town and world a little better for them and for all the families and children of Farmville.

If elected mayor I will utilize my strong working relationships with the town manager, department heads, staff and council members to continue moving Farmville in a positive direction. Farmville is a small town success story with its collaborations between diverse community stakeholders and leaders. When I first ran for council many supporters came to me and said how great it felt that for the first time they got to have the same political signs in their yards as their neighbors of opposing political persuasion. I believe in maintaining bipartisan civility and integrity in leadership. I’ve forged great relationships on both sides of the aisle with legislators in Richmond. My pledge to Farmville — I will always seek balance and attempt to lead with moral clarity. As a community, a state and a country, we are all in this together. Our greatest success comes from embracing our differences as we rise to our common ideals and principles.”