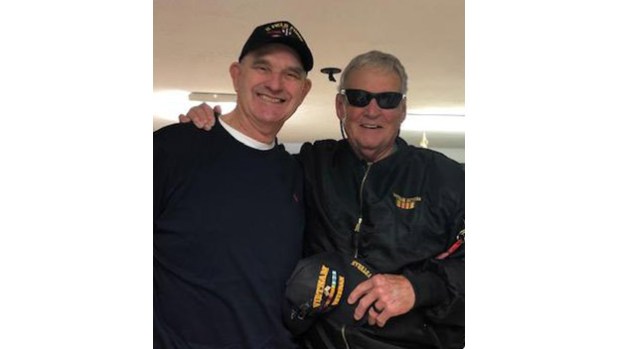 Buddy Bolding, left, was the keynote speaker. He is a U.S. Army Vietnam vet and a former Longwood Baseball Coach. Pictured with him is Shorty Osborne, a Vietnam vet as well as a VFW and American Legion representative. 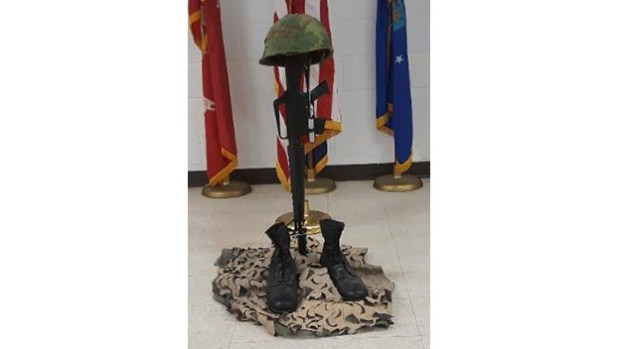 “The Battlefield Cross” consists of the helmet, rifle bayonet, boots and dog tags of a fallen soldier and are displayed to pay respect to fallen comrades. In recent years it has become an iconic figure for those who have made the ultimate sacrifice for their country. The Battlefield Cross proudly displayed at VFW Post 7059 consists of the boots and helmet worn by MSGT. Thomas Hicks, USMC, (Ret), during his tours as a sniper in Vietnam. The dog tags read “All Gave Some...Some Gave All.” MSGT Hicks was a tireless worker for veterans assisting in clothes drives for homeless veterans with the VA Hospital in Richmond. He was a longtime member of the Disabled American Veterans, American Legion Post 32, a Charter member of the PAVC and past Commander of Post 7059. 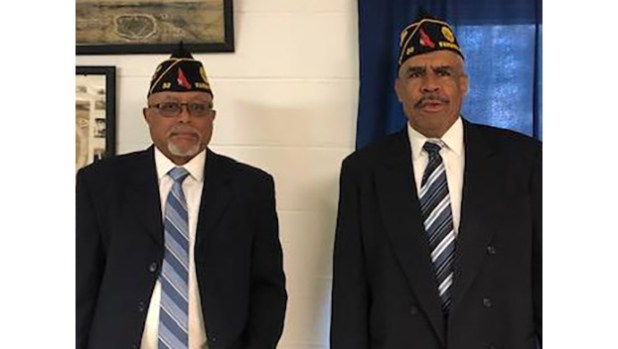 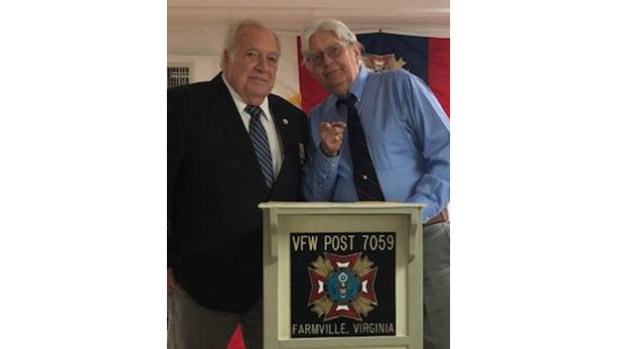