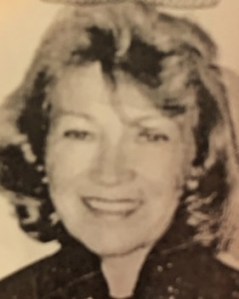 Diane Maria Maruszak, of Farmville, passed away peacefully on April 20, at the Southside Community Hospital in Farmville. She was born in Sidney, New York, on Feb. 6, 1935, and grew up in Oxford, New York. She moved to Farmville in 1979.

She was predeceased by her parents, Ann Church and Mario DeSalvo; a brother, Richard DeSalvo and former husband, Aloyzie Maruszak.

Diane was a graduate of Oxford Academy and SUNY at Cortland with a BS degree in Elementary Education. She taught in Oxford and Greene, New York for brief periods of time before moving to Farmville in 1979, where she taught for several years at the Prince Edward County Elementary School.

Diane was a very loving, beautiful and vivacious woman who will be very much missed by all who knew and loved her.

A memorial service for Diane will be celebrated at the Johns Memorial Episcopal Church in Farmville on Wednesday, May 4, at 2 p.m. Donations in Diane’s memory can be made to the Alzheimer’s Association or The American Diabetes Association.