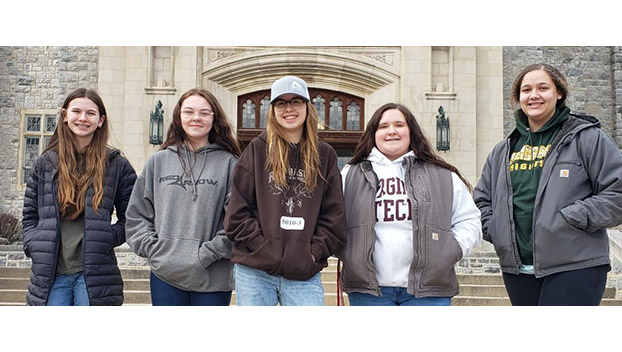 On Feb. 3 and 4 Buckingham FFA members competed in the Block and Bridle Horse Hippology and Horse Judging Contests held on the campus of Virginia Tech. This was a large event with over 100 participants in each age level division with members competing from 4H and FFA.

The Horse Hippology Contest which was held on Feb. 3, is a test of knowledge related to the equine (horse) industry. Members must be able to identify tools, feeds and breeds of horses along with a test that could cover a range of topics encompassing anatomy, history and genetics. Adelynne Baugher competed as an individual in the junior division placing 16th overall. Adelynne was able to work with other individuals as a composite team to complete the problem-solving activity in which they placed fifth overall.

Members competed on Saturday in the Horse Judging Contest which tested them on their knowledge of placing horses based on the horse’s conformation, horse’s performance or riders ability. The Senior Team with the same members as the Horse Hippology Team, placed 12th overall.