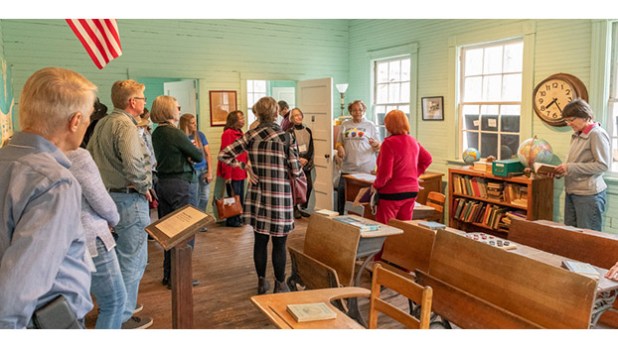 Joyce Gooden, former student of Union Grove School, talks to VMHC members about her experiences at the school. 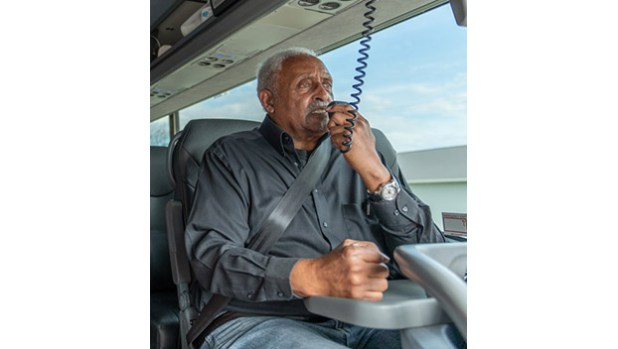 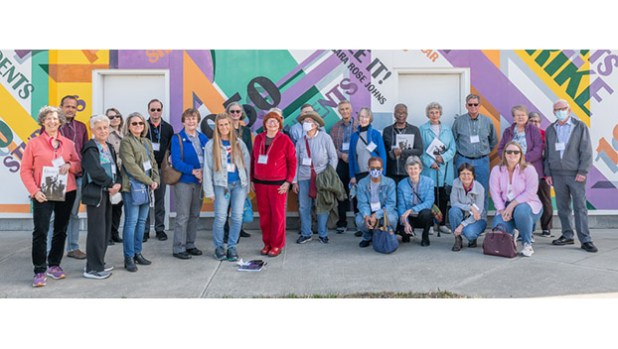 Virginia Museum of History and Culture members at the Robert Russa Moton Museum. 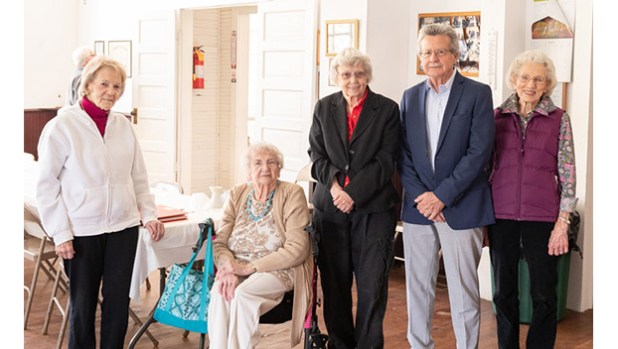 Former students of Curdsville School from left, Barbara Kragh, Flora Bolt, Helen Meinhard and Bobby Phaup, along with Becky Bowling, far right, daughter-in-law of the school’s former principal, were on hand to tell the group about their experiences at attending the school.

The Virginia Museum of History and Culture (VMHC) offered a trip by bus to Buckingham and Prince Edward counties to learn about the people and events that contributed to Brown v. Board of Education, the landmark Supreme Court decision desegregating school in the United States in 1954.

Farmville played an important part in this nation’s civil rights struggle. The Robert Russa Moton High School was the site of a historic civil rights action by the students at this segregated public school. Initiated by 16-year-old Barbara Rose Johns, the 1951 Moton Student Strike produced three-fourths of the plaintiffs in Brown v. Board of Education.

The bus tour included guided tours of the Robert Russa Moton Museum, a National Historic Landmark, along with the Curdsville Community Center, Ellis Acres Memorial Park and Union Grove One Room School to learn more about this landmark legal case, the history of Civil Rights in Education and the leading role their citizens played in America’s transition from segregation toward integration.