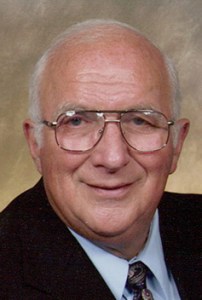 James C. Allcock Jr., 81 of Farmville, passed away on Friday, Feb. 18, at Centra Southside Community Hospital. He was born in Melber, Kentucky on Feb. 24, 1940, to the late James C. Allcock and Virginia Bland Allcock.

James graduated from Union University in Jackson, Tennessee, with a Bachelor of Music degree. While at Union, he fell in love with Mary DeLaine and finally won her over. They married and have been serving the Lord together for the past 61 years.

He completed his graduate work at Southern Baptist Theological Seminary and was ordained to the gospel ministry in 1966 at Melber Baptist Church. His first church was Eastwood Baptist Church in Bowling Green, Kentucky. Less than a year after graduating, he was contacted by the Southern Baptist Convention of Maryland and Delaware to expand their outreach into the area of music. He was reluctant to leave his beloved Kentucky, but felt the call and became the first full-time State Music Secretary in Maryland. In this position, he built a thriving music ministry supporting Ministers of Music throughout Maryland, Delaware and New England.

He had many special projects including Summer Music Camps, establishing Skycroft Conference Center, creating the Maryland Baptist Men’s Chorale and leading the Bicentennial Festival of Praise at the Washington National Cathedral. He served on the Hymnal Committee for the 1975 Baptist Hymnal and could tell endless stories about the history of the Hymns. His creativity and boundless energy were infused into everything he did, but it was never about James, it was always about serving the Lord. He subsequently served as minister of music at Faith Baptist Church in Glen Burnie, Maryland, First Baptist Church in Hope, Arkansas, First Baptist Church in Clarksville, Arkansas and Heritage Baptist Church in Farmville. In addition, he served as an associational music director in Kentucky, Maryland and Arkansas.

He retired after 41 years, but continued to serve in the community as a member of the Lions Club, the Ministerial Association of Farmville, the Southside Baptist Association and the Commonwealth Chorale. He loved to travel and enjoyed planning trips for the senior adults. He also generously shared his love of gardening and the bounty of his green thumb.

He is survived by his wife, Mary DeLaine Allcock; two daughters and sons-in-law, Melody and John Will Jr. of Virginia Beach and Jana and Rick Liebermann, of Lynchburg; two grandchildren, John Will III of Blacksburg and Morgan Will of Charleston, South Carolina and sister, Mary Caroline Allcock Maczuk of Lone Oak, Kentucky.

A memorial service will be held at Heritage Baptist Church when Mary DeLaine is stronger and able to participate.

Donations to honor James may be made to the Heritage Baptist Church or the Multiple System Atrophy Coalition.