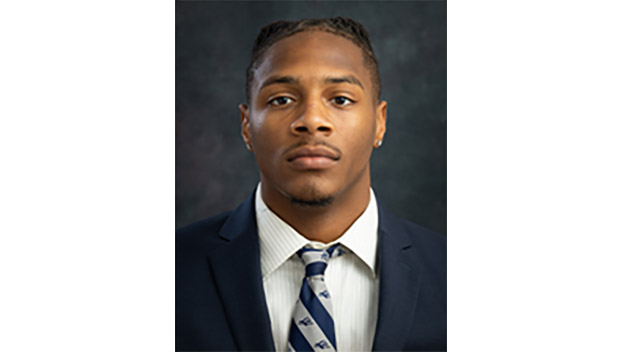 Longwood Men’s basketball is coming off an impressive 3-0 week and their best start to in Lancer history, and sophomore Justin Hill helped lead the way. The Houston native was a presence on the court both offensively and defensively and has been named the Big South Men’s Basketball Co-Player of the Week, the conference announced Monday afternoon.

Hill’s best effort came against Winthrop on Saturday in the showdown of the top two teams in the Big South. Hill’s career best 29 points led the Lancers offense. In front of a sold-out home crowd, Hill was dangerous on the perimeter, hitting three from long range, and perfect from the free throw line in 12 attempts. Hill had seven assists, the second most in the season and tallied five rebounds. Defensively, Hill added four steals to his already full stat sheet.

Against North Carolina A&T on Wednesday night, Hill’s 15 point effort helped fuel a second half run that saw the Lancers comeback after being down 12 points. Hill added five rebounds, six assists and a block to help the Lancers lock down the victory in Willett Hall against the Aggies.

Longwood leads the Big South and is the only unbeaten team remaining. At 15-5 overall and 12-1 at home, the Lancers are the lone team unbeaten in Big South play. The Lancers boast the top offense (79.0 ppg) and third best defense (65.1 pgg allowed) while also leading the league in rebounding and assists. Justin Hill leads the team in scoring and has tallied at least 20 points four times in seven conference games. His 18.4 points per game in conference are third in the league, and he is second in the league with 4.1 assists per game.