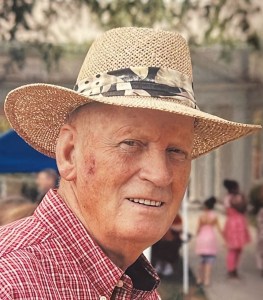 Carl Henry Kelsey, 90, died on Feb. 7, at VCU/MCV. Special thanks to all the nurses and doctors there for the care provided.

Carl graduated from Farmville High School and briefly attended Hampden-Sydney College, where he remained an avid sports fan. He served in the U.S. Army stationing in England during the Korean Conflict. Although a farmer for life, he was led to become a police officer for the Town of Farmville for over 40 years.

Visitation will be from 6 p.m. until 8 p.m., on Saturday, Feb. 12, at Puckett Funeral Home in Farmville. The service will be held 1:30 p.m., Sunday, Feb. 13, at Farmville Presbyterian Church. His ashes will be laid to rest at the Amelia Veteran Cemetery at a later date.