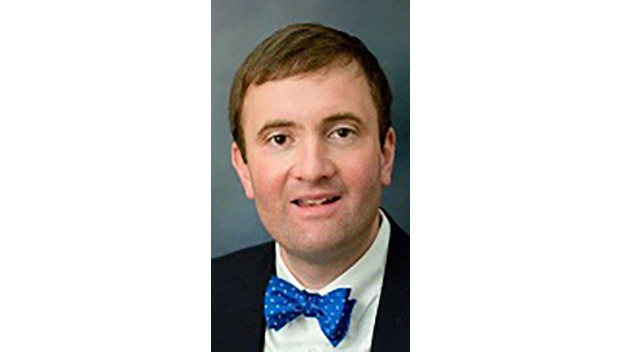 Kemper M. Beasley III, has announced his candidacy for Commonwealth’s Attorney for Buckingham County. He is seeking to complete the term of E.M. Wright Jr., who retired after serving Buckingham County for forty-five years as Commonwealth’s Attorney. There will be a special election on March 1, to elect the position. Registered voters will also be able to vote in-person at the county’s Office of Voter Registration and Elections or can request an absentee ballot.

“I have enjoyed working with the citizens of Buckingham in both my private practice and as Assistant Commonwealth’s Attorney and would love the opportunity to remain doing so as Commonwealth’s Attorney,” stated Beasley. “If elected I would look forward to continue working with the sheriff’s office and court personnel to provide a justice system in the county that is accessible and fair to its citizens.”

Beasley is a lifelong resident of Buckingham and currently lives on his family’s farm with his wife, Becky, and three children, Kemp, Mallye and George. He is a graduate of Hampden-Sydney College and received a Masters of Theological Studies degree from Duke University. Beasley worked at The Farmers Bank of Appomattox before earning his juris doctorate at Liberty Law School. After earning his law degree, he was a partner at Lawson and Beasley in Appomattox and later opened a solo practice in Farmville. For the past four years, along with this private practice, Beasley has served as part-time assistant Commonwealth’s Attorney for Buckingham County.

Currently Beasley has been serving as interim Commonwealth’s Attorney for Buckingham County after being appointed to that role by the Circuit Court upon E.M. Wright’s retirement. He is also County Attorney for Cumberland County and Counsel for Prince Edward County Department of Social Services.

Beasley is a member of Concord Baptist Church where he serves as a deacon. He is on the Board of Directors of Central Virginia Christian School and also Southside Community Hospital. Beasley helps manage his family’s farm that is predominately a beef cattle operation. Beasley went on to say, “My objective while in college and graduate school was to find a way to earn a living while remaining in Buckingham. I have been blessed to have been able to do that and also hopefully contribute to the county in which I love so much.”

When asked more about the role of Commonwealth’s Attorney, Beasley said, “The position is important in making sure that cases are presented to the court with accuracy and clarity to allow for the judge to make the best possible decision. It is also important for the Commonwealth’s Attorney to strive for all individuals in the courtroom to be treated justly and fairly.” Ultimately, he stated, “If elected I hope to protect and better Buckingham County by working to uphold the laws of the county and state, allow victim’s voices to be heard, and leading in a just manner.”