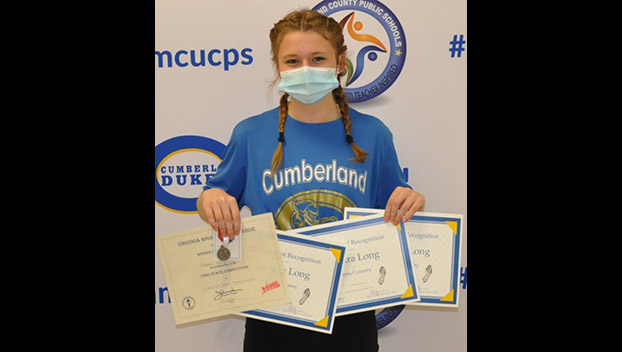 The following students were recognized by the Cumberland County School Board for their performance in cross-country track: