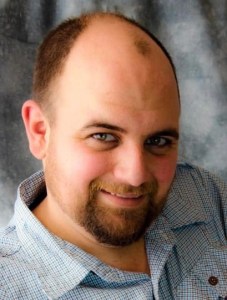 Kyle Frederick Hendershot, 38 of Drakes Branch, passed away on Dec. 12, in Williamsburg.

Kyle was born in Arlington Heights, Illinois to Juanita Kaczorowski (Sharratt) and Mark Hendershot on May 10, 1983. He graduated from Prairie Ridge High School, Crystal Lake, Illinois in 2001. He joined the U.S. Army in 2003 and served in the 79th military police company as a military police Specialist. Kyle served in Iraq in Operation Iraqi Freedom 2007-2008. He received many honors, including the national defense service medal, the Global war on terrorism service medal, the Iraq campaign medal, an Army service ribbon, overseas service ribbon and an armed forces reserve medal with mobilization device. His greatest honor in life was being a dad to his son, Wesley. Kyle took great pride and joy in his son and enjoyed spending as much time with him as possible. He even built a full-scale model replica of Jurassic Park in their playroom to make Wesley smile. Kyle and Wesley loved visiting Orlando and playing in the pool and at the beach. After his honorable discharge from the U.S. Army in 2010, Kyle worked as an Immigration and Customs Enforcement (ICE) officer out of Farmville from 2010-2020. After his time as an ICE officer, Kyle transitioned into a new role as an exterminator at Bug Busters in Farmville. He enjoyed target shooting, video games and playing with his son, Wesley (9). Most people will remember that Kyle gave the tightest hugs and the strongest handshakes.

He is preceded in death by his stepfather, Scott Kaczorowski; grandparents, Fred and Barbara Hendershot; grandmother, Joan (Rivard) Poulo and step-grandparents, Hank and Iris Kaczorowski.

Funeral service was at Puckett Funeral Home on Dec. 15, with an 11 a.m. visitation and a 1 p.m. service, with Reverend Richard Tuttle of Jones Chapel Baptist Church officiating. Burial will be at Amelia Veterans Cemetery, at 10300 Pridesville Rd. Amelia Court House, VA, on Friday, Dec. 17, at 10 a.m.

Memorial donations may be made in Wesley Hendershot’s name to Benchmark Community Bank, at P.O. Box 246 Farmville, VA 23901. The family wishes to extend their gratitude to the U.S. Army Veterans Association.